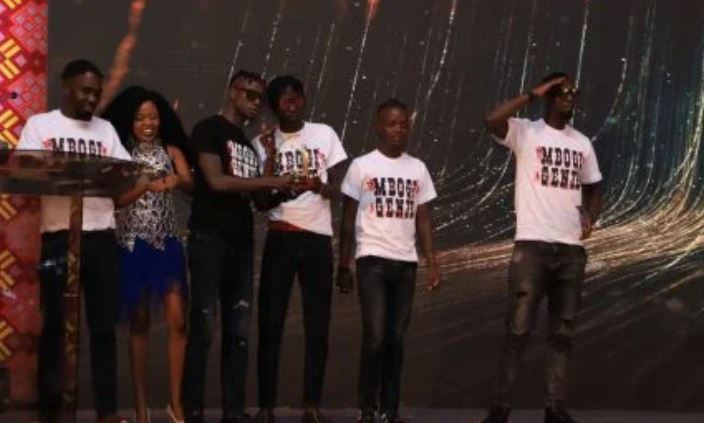 The fast-rising Gengetone hitmakers Mbogi Genje on Sunday scooped their first award barely a year since they became an overnight music sensation in Kenya.

The oldest annual talent awards program in the country made its comeback this year after a seven-year hiatus. Mbogi Genje, who are known for their mastery of Sheng, were nominated alongside, Sauti Sol, Diamond (Tanzania), Meddy (Burundi), and Daddy Andre (Uganda).

Speaking after scooping the Group of The Year gong, the ‘Full Degree’ hitmakers thanked their fans saying they were their biggest strength.

“When we saw that we had been nominated alongside this big names we got very excited because this is part of the dream we have been waiting for. This shows that our music is making history. We aim to even get a nomination for the BET Awards in the near future,” one the group members, Militan, said.

In the Dead of Night, Somalia Cuts All Diplomatic Ties with Kenya < Previous
“Fame Is Not Easy,” Says Akothee As She Hits 2.5million Followers Next >
Recommended stories you may like: