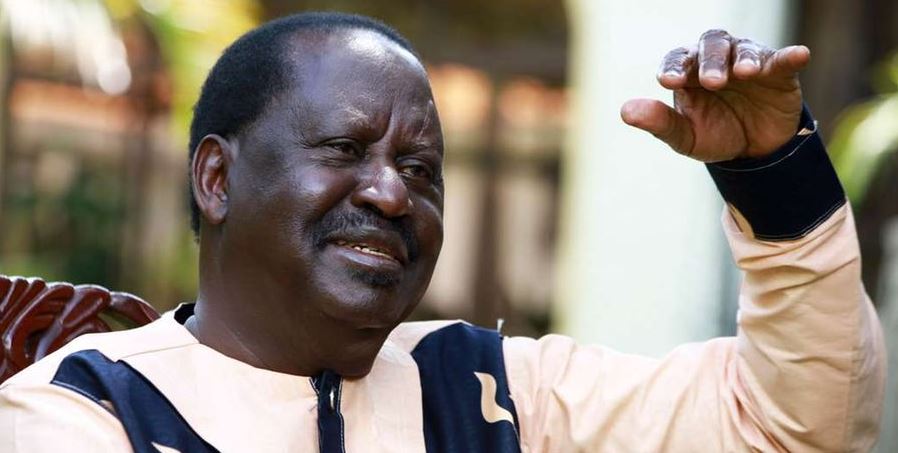 ODM party leader Raika Odinga spoke to Sunday Nation about the BBI, his alleged aversion to accepting defeat in polls, and more.

The mission of the Building Bridges Initiative (BBI), you told us, was to unite the country, don’t you think going into a referendum when others like Deputy President William Ruto are not keen on it would divide Kenya even further?

I need to be taken to a political school and receive lessons on what this so-called non-contested referendum is. Then why do have it if it’s non-contested? You’d just need to go to Parliament and have it approved that’s the end of it. In any referendum, there a question on whether one supports a particular issue or not, that already leaves one with a choice to make. You can never expect absolute support on any issue. A referendum by nature must have some people supporting and others opposing it.

Were there changes sneaked into the report without your knowledge?

Not at all. Most of the things in the document have remained the way they were. There is nothing fundamental re-introduced in it. The matter on IEBC (The Independent Electoral and Boundaries Commission) really does not need to be captured in the Constitution. It can be addressed even by legislation.

You are on record as saying that the country needs not to spend more than Sh2 billion on the referendum. How practical is this?

The DP and other critics say you are averse to accepting election defeat and that this is what fuels your urge to change the laws after every poll.

Whenever I am defeated, I always accept. I was defeated in 1997 by Nyayo (the late President Daniel arap Moi) and I accepted. Why do you want me to concede yet I didn’t lose in 2007, 2013, and 2017 presidential elections? You may want to recall that the Supreme Court voided the presidential election results in 2017 because the electoral commission never followed the law. In 2013, the court ruled against us on the basis that our evidence proving electoral malpractices was time-barred yet it is the IEBC that dilly-dallied with supplying us with the same, so how do you conclude that I was defeated? You well know what happened in 2007 and how we ended up with a coalition government.

Critics say if it passes, the constitutions re-creates an imperial president.

The idea is to move away from a pure presidential system to create a hybrid system where the president is elected then appoints his Cabinet from outside Parliament. Most mature democracies adopt either pure parliamentary or hybrid systems of governance.

A pure presidential system is only found in the United States of America (US) and third world countries that are emerging from single-party dictatorship in Africa.

With the exception of the US, which practices the federal system of governance where most work is done in the States, it has been established in the world that parliamentary system is much more accountable than presidential setup.

Do you think sections of the Church and the civil society are justified in the opposition to the proposed constitutional changes?

Most of their concerns are unfounded. Like a section of the church has talked of an imagery provision of enhancing the role of the Kadhi’s Court that they outrageously claim was being elevated to have appellate jurisdiction. They are also talking of reacting the imperial presidency, ask them where?

Are there ever fears in your camp or that of the President that the handshake, which is not based on any formally signed agreement, could easily be abandoned by either you or the President without any warning for other convenient political deals ahead of the 2022 General Election?

We are now at the tail-end of it. The current government leaves office in 2022. You saw the President come out so strongly that we are going for the referendum.

Once the referendum is over, we are done. So the question of the President or myself walking out of the deal is really overtaken by events. We’re now in the referendum phase and we can only talk about others whether we succeed or lose.

The plan to create an ombudsman appointed by the President has been criticised as intended to impede the independence of the Judiciary. What’s the reasoning behind it?

There have been a lot of complaints from the public against some judicial officers. Do you still go to the same people to lodge your complaints? The ombudsman’s office will have its independence and is not meant in any way to interfere with the independence of the judiciary.

If there is any institution we must jealously shield from any form of subjugation, it is the Judiciary and of course, with it comes to the rule of law. And the President will not hand pick the ombudsman, a panel will conduct the interviews like we normally do with the heads of independent commissions.

A list of three names from successful candidates will then be sent to the President for appointment. Parliament will in turn vet them before appointment.

I Started Multibillion Marketing Empire Without University Education – WPP Scangroup CEO, Bharat Thakrar < Previous
The Top Stories on the Internet Today (Tuesday December 1) Next >
Recommended stories you may like: