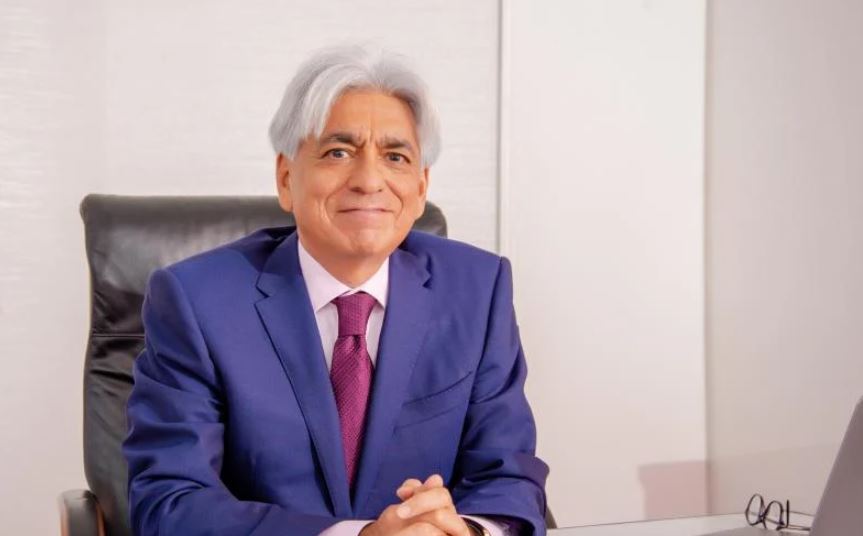 His father wanted him to pursue medicine and become a doctor but Bharat Thakrar passed it up to focus on his dream of building a marketing empire.

Without a college education, Thakrar’s working career started with an account executive trainee position on the Colgate-Palmolive account at Skyline where he was promoted to account director within a year.

His stay at the company was, however, short-lived as the company folded forcing him to seek a job from another firm, Advertising Associates. At the new company, Thakrar oversaw the launch of Close-Up toothpaste, Blue Band and Royco Mchuzi Mix products. He later ditched his job after he got overlooked for a promotion that he felt he deserved.

“Those formidable years working for these companies became my training ground. Sadly, my bubble burst when I was overlooked for a much-deserved promotion at McCann (parent company of Advertising Associates) that I was well qualified. I resigned and left to start my own business with a friend,” he stated.

In December 1982, he started his marketing and communication firm, Scanad. In 2006, the company was listed on the Nairobi Securities Exchange as Scangroup. After ceding the controlling stake to a British advertising firm in 2013, the company, now known as WPP-Scangroup, has presence in 25 countries in Sub Saharan Africa.

My father was in the advertising business and so I got the entrepreneurship exposure at a young age. He did not tell me to get into advertising but as a young person, I knew what I wanted to pursue later on in life. I picked up the marketing skills by watching what he and other workers did.

I would say I had the advantage of being at the right place at the right time. For example, some people go into music because a parent played music at home. Then the parent offered to teach them how to play. That was the case in my young life. Young people have this door opening for them, they may have the passion but not strong enough. It is all about how committed you are to what you want to be.

Did your father approve of this path?

My father wanted me to pursue higher education and become a doctor. But medicine was not my passion since I could not even dissect a frog in biology class. I did not have the patience for medicine but had a huge sense of imagination. That is why a career in advertising attracted me.

What experience showed you that this was your path?

I told them they will not succeed if they commoditize confectionery. They needed to sell them as a brand. I gave them the idea to brand their bubble gum using the iconic Safari Rally that was a hit all over the country back then. I came up with the concept of the Rally Gum, with stickers of about 60 cars in the rally.

Every time a boy bought the gum, the first thing they had to do was remove the sticker and see the car number. Imagine how much of the item you had to buy to collect all 60 stickers! That was my first marketing success story. Today, you can look at a current opportunity and revolve your business idea around it.

Do you think lack of a university education slowed down your growth?

Not really. You see, university education makes you a little bit more intellectual. Obviously, you need it if you want to be a doctor or some other specialist. Of course, I did miss it and thought I should have done it earlier. To satisfy myself, I went to Harvard in 2009 for executive management courses and then I thought to myself, ‘with all the experience setting up the business, my life so far has been an MBA programme.’

Education is about rules, but the application is all upon you. I have seen many academically brilliant people who are failures in life, while others never went to university but became the most successful. Again think of Steve Jobs. In business, university helps a little bit, nothing more.

How did your small business grow into a multinational?

I would like to answer that question with the story of a young boy who was employed as a waiter in a kiosk selling mandazi. He was a school dropout. One day the chef did not turn up for work. Then the kiosk owner tells the boy to go into the kitchen and make mandazi. He goes and makes good mandazi because he has seen how they are made because he had developed an interest in making them. Then the boss later tells him he is no longer needed. He goes on the other side of the road and opens a kiosk. He hires others to work for him.  Then he sees another road coming up and knows the workers there need tea and mandazi, and so opens another kiosk.

That is my life. I learnt how to do it from others in the business. I worked for a small company till I saw an opportunity across the road. That is how Scanad was born in December 1982 and expanded to regional countries. And that is the story of successful entrepreneurship including Coca Cola, KFC and people like Steve Jobs who started assembling computers from the garage.

What are the secrets to business success?

I live by one of Bhagavad Gita’s fundamental philosophy espoused by the Karma Yogi. That of a person who keeps his head down, hard at work without waiting for a reward.  For example, a doctor does not wake up in the morning saying he will treat 50 patients but because he is a good doctor, he always finds patients in his clinic. They know of his reputation. A soldier too does not join the military to kill but the call was to defend his land. That is his duty.

Therefore, if you are good at something, try and excel in it. The rewards will take care of themselves. Be like that mason proud of building the wall, or the gardener who knows that plants need a lot of love. He will even talk to the plants. If he is clever, he sets up his own gardening business to amplify the good work he does.

The other day I was watching the guy who does some upholstery work on our sofas. We call him professor. He is so meticulous at folding the corners of the cloth, so focused on his job, and he is so good at it. I lead a similar lifestyle. I am 68 years and still in it. You only succeed by sticking to your strengths.

How has your business evolved to adapt to changing circumstances?

Change is a constant we must embrace. Every business, be it in entertainment, hospitality or aviation must evolve to survive.  You must be a visionary and see what the future will look like, what the trends are. Our business went digital in 2010 in a joint venture with an Indian partner. We now understand what the digital skills are all about. Keep honing your skills and business will adapt.

You have been at it for decades now. Why do you think many businesses fail?

1. Know where your passion lies and stick to it. Some businesses are not successful because they try to be jacks of all trades. Some people like to touch all spheres of the business world. You cannot be passionate in five different things.

2. Be sincere in your dealings. People like honesty. Never cheat. For example, if the boy in my previous example started making smaller mandazi to get extra profit, customers would start running away from him never to come back. The customer notices dishonesty.

How has the current pandemic affected your business?

What next for Bharat?

Bharat is not going anywhere. If you are passionate about your work, you keep doing it forever. If you stop, your mind starts to degenerate and age starts to catch up with you.

The Trending Pics This Monday < Previous
Raila: I Always Accept Defeat, I Didn’t Lose 2007, 2013 and 2017 Polls Next >
Recommended stories you may like: