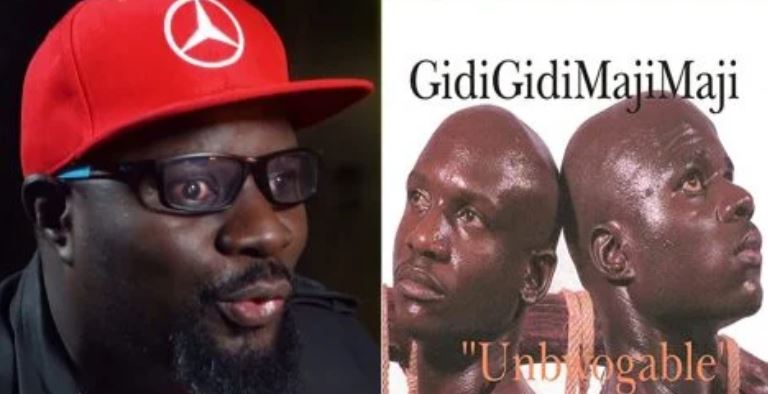 Former musician turned radio presenter Joseph Ogidi alias Gidi Gidi has disclosed how politicians approached him with lucrative offers at the height of his musical career.

The Radio Jambo presenter and Julius Owino aka Maji Maji formed quite the formidable Luo rap group Gidi Gidi Maji Maji about two decades ago. One of their biggest hits was ‘Unbwogable’ which caught the attention of politicians in 2000.

“I did not write that song for political gain. I was singing it to challenge myself as I was going through several challenges at the time,” Ogidi recalled.

“But it became a hit and politicians ran away with it. (Opposition party) Narc paid us Sh800,000 to use the song.”
Gidi who was speaking Churchill Live Show went on to narrate how then-President Daniel arap Moi reached out to them to compose another song to counter ‘Unbwogable’.
“One day, two men approached me and Maji, they introduced themselves as people from State House. They asked us to go and sing another song with a version that praises Kanu party, in exchange for Sh10 million. We consulted my uncle and he advised us to decline the offer,” he said.
Ogidi also told of how a broker convinced the late Vice President George Saitoti to part with Sh3 million as a ‘thank you’ for the artists under the pretext that their track ‘Atoti ‘was composed to praise the then powerful politician, only for the broker to deliver Sh50,000 to the musicians.
“It’s Easy For Me To Lose Weight!” Zari Hits Back At Fatshaming Trolls < Previous
Terryanne Chebet To Host “first of its kind show in East Africa” Next >
Recommended stories you may like: