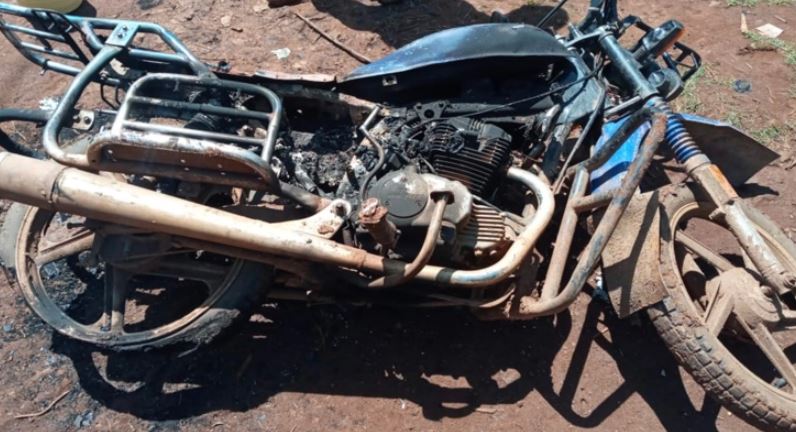 Police in Kuresoi South, Nakuru County are looking for a man who stabbed his lover’s son after they were caught in the act by the woman’s husband.

The 28-year-old suspect had visited his lover at her matrimonial home in Sotiki Village on Wednesday night when the woman’s husband returned home unannounced.

Reuben Kirui, 45, had suspected his wife was having an affair but was yet to get concrete proof. On Wednesday, his suspicion came true when he found a motorbike parked outside his door, and his calls for the door to be opened unanswered.

Kirui broke down the door and found his wife and her lover on their matrimonial bed.

However, the young lover boy charged at her lover’s husband, grabbed him by the shoulders and shoved him aside before escaping on foot, leaving his motorbike behind.

Kirui said: “I raised the alarm, shouting ‘thief, catch him!’. My sons responded to the distress call. The boys managed to corner him, but he whipped out a kitchen knife and stabbed my teenage son in the hand, before escaping.”

Residents who responded to the 9 pm commotion torched the suspect’s motorbike.

The couple’s 18-year-old son was taken to Olenguruone Sub-County Hospital in Kuresoi South.

The Trending Pics This Furahiday < Previous
Uhuru: BBI Is The Panacea For Most Of Kenya’s Historical Challenges Next >
Recommended stories you may like: