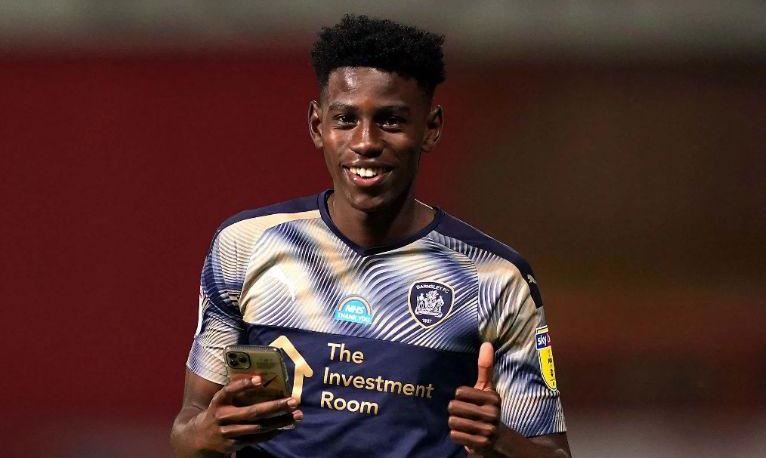 21-year-old Barnsley left-back Clarke Oduor made his debut for Kenya this Friday following the first international call-up of his career. Oduor, who was born in Kenya, was also eligible to play for England but has expressed delight in getting called up for his home country.

While he was among substitutes on the day, the youngster did not come off the bench. The future appears bright, however.

“I am really delighted and excited to be here. It is a great opportunity for me and I am honoured,” he told Goal after landing at Nairobi’s Jomo Kenyatta International Airport on Thursday. “Hopefully, this is one of many call ups and definitely I hope I can stamp my name in the team in the upcoming games and give 100 percent.”

Oduor had just one day of practice to impress Harambee Stars coach Francis Kimanzee, who may have been tempted to start him as Erick Oumar is still recovering from injury, while About Omar was not called up.

“My personal goal for me is to get into the team and play and of course this will be an honour for me and my family,” the Barnsley defender added. “The collective goal is definitely to play my part when called upon and help the team win games.”

Oduor signed his first professional deal with Leeds United, joining Barnsley as the team’s fourth-youngest player last August, when he inked a four-year contract with the Championship club. He’s since realised a goal on the international stage and will hope for more involvement in the years to come.

The player’s move to Barnsley saw him put together an impressive campaign. His goal was the one that secured their safety in the Championship and they will hope to be much farther from the drop zone this term.

The Tykes are 1/6 to stay up at the end of the 2020/21 season with UK bookmakers. Most of the top sports bookies in said region offer several perks to new signups which would see you get the most from your EFL Championship football betting.

Barnsley will face Bristol City in the league after the international break and are 28/17 to win the match, which is set for October 17. Bristol are 24/13 to pick up the win, while a draw is 40/17. They’ve only managed to pick up a single point after playing four matches and Betfair’s offering 25/1 odds on the possibility of promotion to the Premier League.

Bournemouth are among the favourites to jump back to the top flight following last season’s relegation and are 13/8 with bet365. The sportsbook has Brentford at 11/8 while Watford are 2/1 after also suffering the drop from the Premier League last term.

As for winning the Championship, the Tykes are hardly in the picture. You could grab odds of 100/1 from Paddy Power. Both Bournemouth and Brentford are 9/2 in that regard, while Watford have been attached to an 11/2 bet.

Unpredictable English Championship Football Gives Rise to Interesting Betting Opportunities < Previous
Corazon Confesses, “I Was Endangering My Baby And I Needed Help” Next >
Recommended stories you may like: