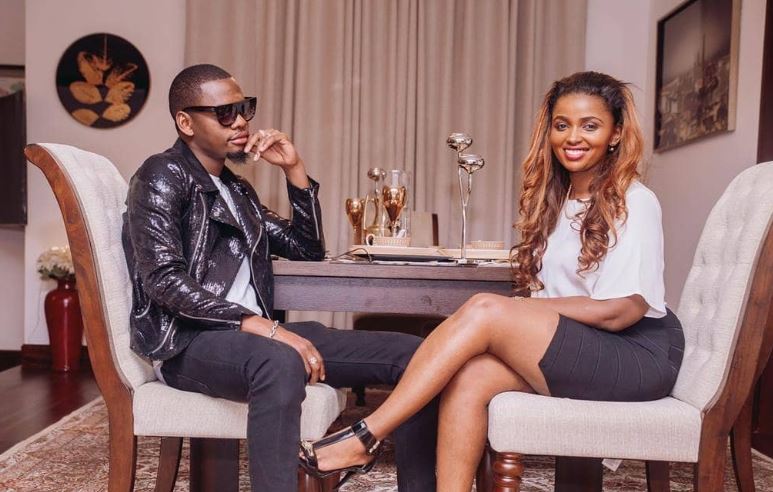 Keroche Breweries heiress Anerlisa Muigai sparked further speculation that all is not well in her marriage to Ben Pol after sharing a cryptic post on social media.

It was first rumored that there is trouble in paradise less than two months ago after the celebrity lovebirds “deleted each other” on their respective IG pages.

They later shared a video of enjoying each other’s company, shutting down rumors of a breakup.

However, Anerlisa raised eyebrows this week with a post on her Instastories indicating that she is not on good terms with the Tanzanian singer.

In the since-deleted post, Anerlisa said she received a call from someone asking her if she was aware of the things Ben Pol was talking about on Instagram live at 2 am. The hitmaker is said to have gone live with another woman, leaving fans with more questions than answers.

While Anerlisa said she did not get to watch Ben Pol’s Live session, she intimated that she likes to be respected.

“Somebody called asking if I was aware that “my husband” was live talking things she couldn’t understand, she even sent me screenshots. Unfortunately, I never got to watch but just to make it clear that we are not in good terms. I am a person who likes to protect my image and all I know is that I like being respected and any husband should do the same to their wife,” wrote Ms Muigai. 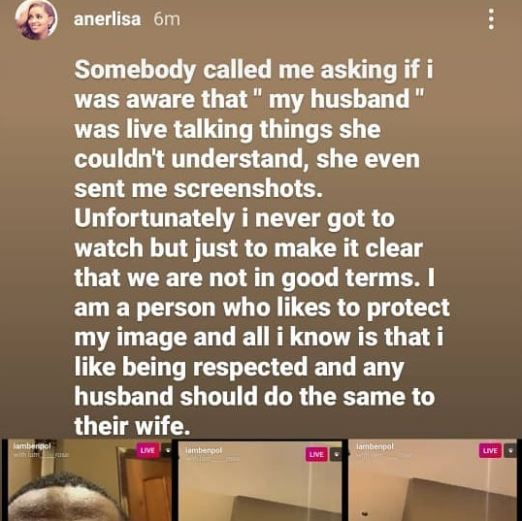 Lulu Hassan Shares Sweetest Birthday Message For ‘Maria’ Star Yasmeen < Previous
Kibra Man Sentenced For Beating Up Rival Over Waitress Next >
Recommended stories you may like: