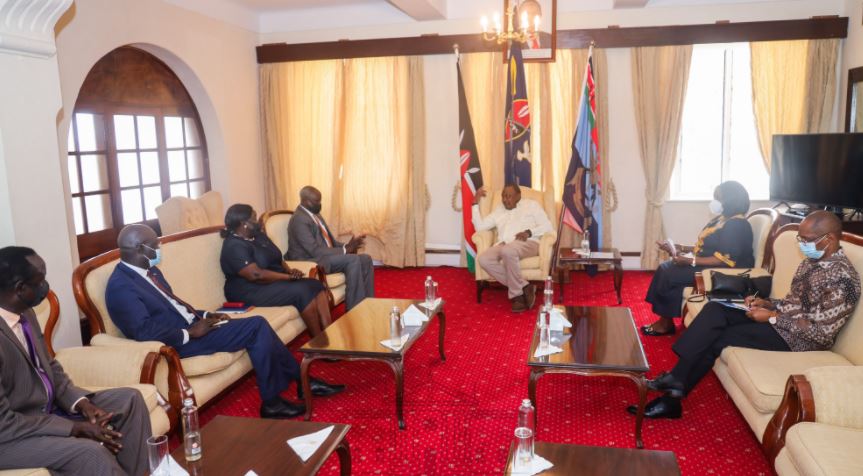 President Uhuru Kenyatta has applauded President Salva Kiir and the people of South Sudan for the progress achieved in search of peace and stability in their country and the neighbouring Republic of Sudan.

The President said the milestones made in the South Sudan peace process since the commencement of the transition period in February this year were as a result of sacrifices made by parties to the conflict.

“I commend my brother President Salva Kiir and people of South Sudan for the positive steps they have taken to ensure the transition period begins on a firm foundation,” the President said.

President Kenyatta congratulated the South Sudanese for committing to a permanent ceasefire and welcomed ongoing efforts to end intra-community violence. 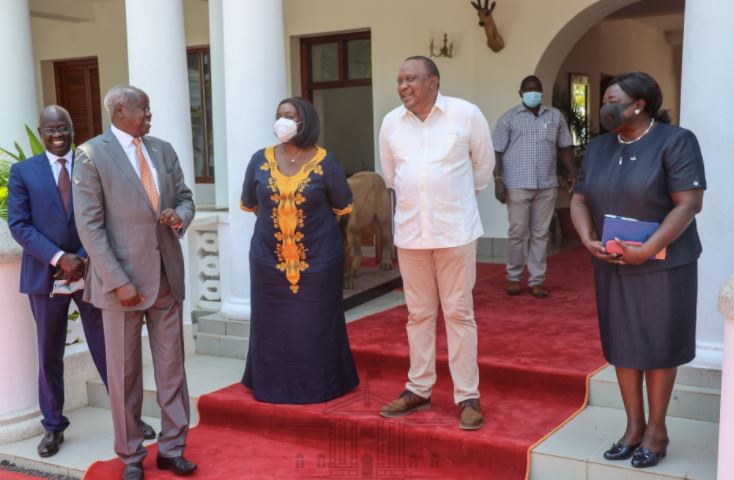 Further, the Head of State urged for the fast tracking of pending issues in the peace accord key among them the reconstitution of the Transitional Legislative Assembly (TNLA).

President Kenyatta and the envoys also spoke about the peace process in the Republic of Sudan and commended President Kiir for his diplomatic engagements which led to the Juba Peace Process.

The hallmark of the Juba talks will be the signing of the Comprehensive Peace Agreement on October 3rd this year between the Government of Sudan and the Sudanese Revolutionary Front (SRF).

At the same time, the President commended the Northern faction of the Sudan Peoples Liberation Movement (SPLM-N) for rejoining the talks and urged the remaining groups to follow suit.

Actor OJ Wants To Be Paid For ‘Tahidi High’ Reruns on Citizen TV < Previous
Things To Know About Chris Kirubi’s Son Who Turned Down Father’s Job Offers Next >
Recommended stories you may like: