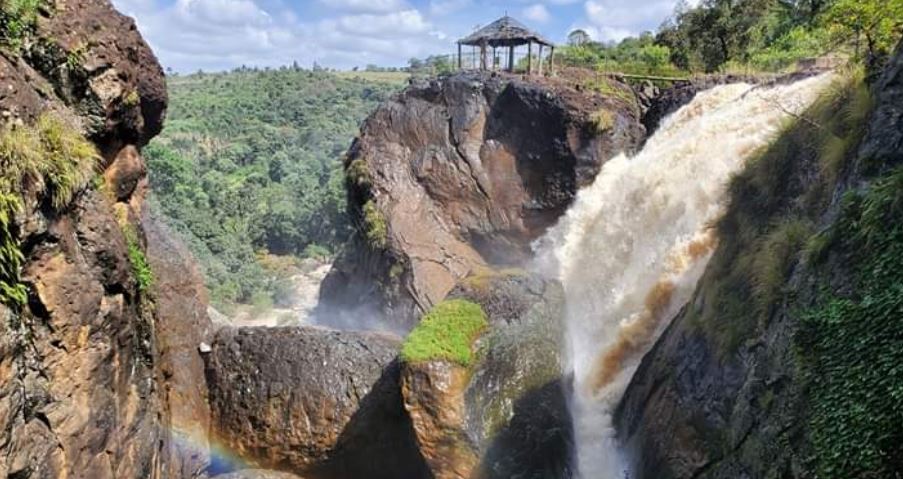 A romantic picnic date at Mlango Water Falls(Chepkiit waterfall) in Nandi County ended tragically on Sunday, August 30 after a woman slipped and drowned as her boyfriend watched helplessly.

Benjamin Kazungu was taking photos of his girlfriend, 31-year-old Dorcas Jepkemoi Chumba, when she fell into the flooded dam.

Kazungu said he had taken Chumba out for a picnic at the famous falls as they had longed to visit the falls.

According to a report in the Standard, he narrated how wonderful it was watching her pose with excitement before she accidentally slipped and drowned in the raging waters.

“I encountered the worst scene of my life. Seeing her sinking helplessly into the water and my effort proving futile breaks my heart even more,” said Kazungu.

“The dam was so full, I tried to rescue her but was not able to.”

A recovery mission has since been launched, with the family of the deceased camping at the site since Sunday.

“We have been camping here since Sunday, local divers have been trying, but they are yet to get the body out,” said Jepkemoi’s brother Victor Kiptoo.

He noted that his sister was jovial on the fateful day as she was anxiously waiting to go for a picnic with her lover.

“Painful as it is, it has happened, and we have come to accept that Chumba is no more. We are, however, requesting for help to retrieve the body and give her a befitting send-off,” added Kiptoo.

Nandi County police boss Samson Ole Kina confirmed the tragedy saying it has been difficult to retrieve the body due to the raging floods.

“This dam has become a dangerous place especially during rainy season. Members of the public are advised to keep off for their safety,” Kina said.

According to area locals the falls were named Chepkiit, meaning view from afar, as a warning of how dangerous the falls and its rocky surfaces can be.

Kenya Will Lead Regional Counter-terrorism Efforts, President Kenyatta Assures < Previous
Essential Betting Tips for A Beginner Next >
Recommended stories you may like: