Revealed: What Needs To Happen To Flatten The COVID-19 Curve 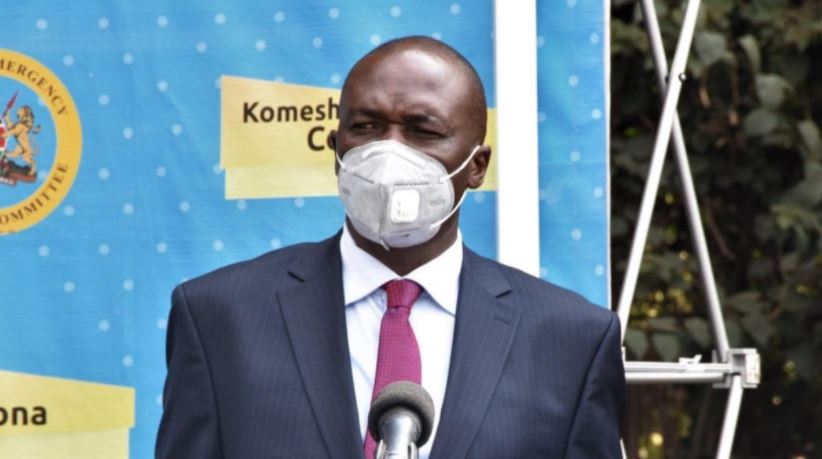 The Health Ministry(MoH) has said the next three to four weeks will be critical in determining whether the COVID-19 curve has flattened.

MoH Director-General Dr. Patrick Amoth Monday observed that the declining positivity rate recorded over the past week is an indication of progress in fighting the virus.

“For the past one week or so you have noticed a decreasing positivity rate which as of today stands at 6%. That tells you we are making progress but we have not hit the magical 5% which we need to hit and sustain for two weeks before we can actually say we are flattening the curve,” said Dr. Amoth.

According to Dr. Amoth, the government will consider lifting the remaining COVID-19 containment measures if the 5% positivity rate is achieved and sustained for two weeks.

“So the next three to four weeks will be critical to determine whether we have hit the magical 5% and we sustain that positivity rate in which case we can conclusively say we have flattened the curve and therefore we can be able to lift the remaining measures,” he said.

The D-G noted that the Ministry’s projections are in accordance with earlier estimates that the pandemic will peak between August and September.

“Our projections are in line with what we told you early in March-April that the pandemic will peak in late August, September. The empirical data you are seeing is pointing to that figure but it is too early to conclusively address this matter at now,” he said.

The number of recoveries rose to 18,895 after 225 patients recovered from the disease. Six patients succumbed bringing the number of casualties in Kenya to 554.

Man Drowns Self In Fish Pond After Arguing With Mother Over Alcohol < Previous
Girl, 17, Poisons Parents Over Defilement By Stepfather Next >
Recommended stories you may like: