Detectives in Kirinyaga County have arrested a suspect linked to the murder of Mutira MCA David Kinyua Wangui’s mother-in-law.

The 48-year-old suspect attacked the deceased, 49-year-old Joyce Kaira Muthiru, on Wednesday, July 29 at around 7 pm while she was preparing supper. Ms. Muthiru was pronounced dead on arrival at the Kerugoya Referral Hospital where she had been rushed.

After the attack, the suspect identified as Francis Mureithi went into hiding for days before returning to his home where he was promptly arrested.

Kirinyaga Central Police Commander Doly Odour said the suspect confessed to the crime and surrendered the murder weapon, a bloody machete that he used to hack the deceased.

The suspect is being held at Kerugoya Police Station pending arraignment in court.

Mutira Ward Representative David Kinyua Wangui said they were yet to establish the motive for the gruesome murder but revealed that it was a family issue.

“We still do not know his intentions. Imagine he is a brother to our father-in-law. This is a family issue but we also appreciate how the police are handling the case.

“I believe he was motivated by jealousy and all we can say is we wish the court expedites the issue and justice be served,” he told Kenyans.co.ke. 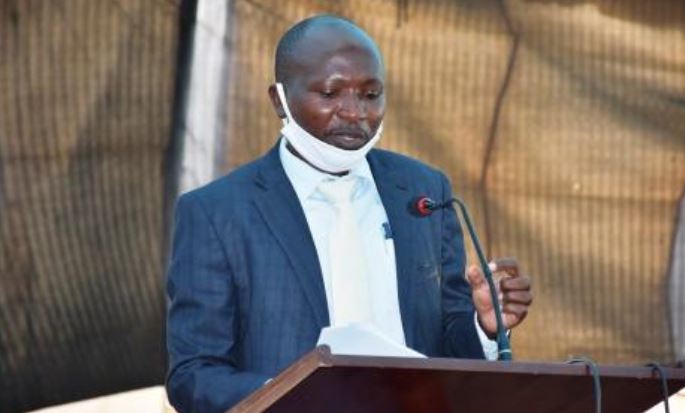 Mr Kinyua is renowned for tabling an impeachment motion against Kirinyaga Governor Anne Waiguru in June this year.

Barely a month later, unknown assailants raided his home and torched his cattle shed, leaving behind two jerricans of petrol after his farmhand raised alarm.

Man Caught Burying Daughter’s Body After Beating Her To Death For Leaving Without Permission < Previous
Do Land-based Casinos Have a Future After Coronavirus? Next >
Recommended stories you may like: