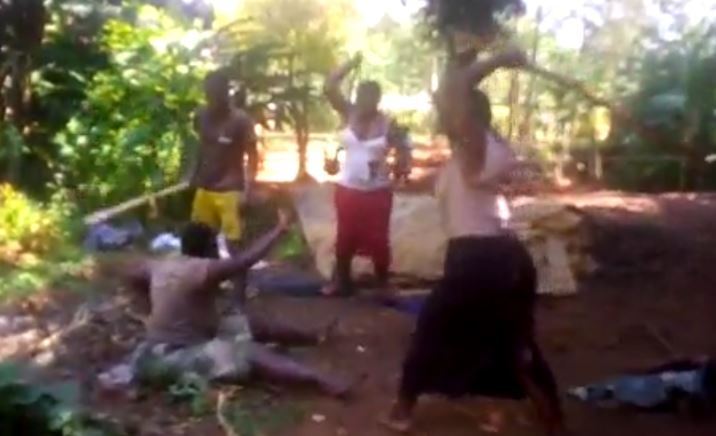 A woman is nursing injuries after she was beaten up for allegedly poisoning her neighbours’ chicken in Kakamega.

According to an eye witness who recorded a video of the attack, the chicken died shortly after it had been spotted in the victim’s compound. Enraged, the owner of the chicken rallied her children to attack the 35-year-old woman.

Armed with sticks, the neighbours descended on the helpless woman, leaving her seriously injured.

It took the intervention of other neighbours to stop the attack and rush the victim to hospital for treatment. The matter was reported to the area chief, with the woman denying any wrongdoing.

Her husband, Harron Incheu, for action against the culprits who attacked his wife.

Former County Speaker Sends Covid-19 Warning To Kenyans After 48 Relatives Contract Virus < Previous
Everything Trending in Nairobi This Thursday Next >
Recommended stories you may like: