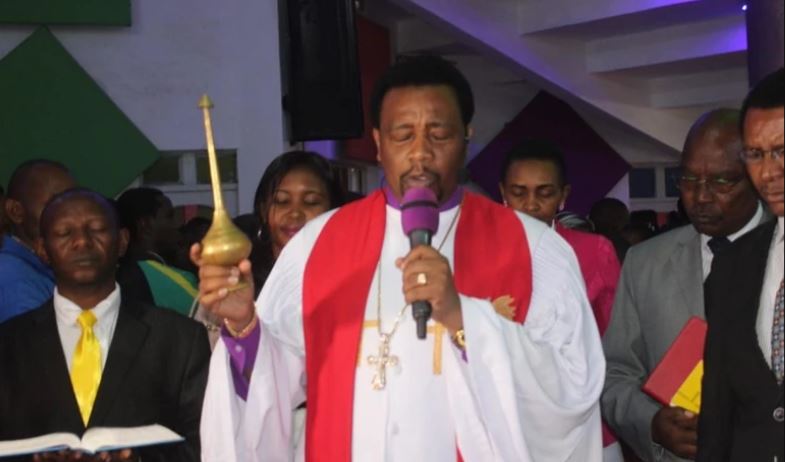 The controversial Kayole-based pastor took to his popular Facebook page to describe the pair as misguided entertainers. He warned Khaligraph and Bahati that they were drawing curses upon themselves and their generations for mocking God.

This after Khaligraph Jones shared a dance video on his Instagram dressed in Bishop gowns while dancing to his latest release, ‘Tuma Kitu’.

Bahati on his part wore a similar gown in his controversial song with Boondocks Gang dubbed ‘Taniua’.

According to the House of Hope Church founder, the singers’ actions of using clergy gown for secular music videos is the “highest level of insult to the body of Christ”.

“The proverbial elephant in the room is not welcome in the body of Christ. As leaders, our call is to speak what must be said and to lead our people into places of safety and openness. Using of clergy clothing for entertainment more so for secular songs and for personal gain is totally wrong, and it’s time for change. For your information, this is the highest level of insult as far the body of Christ is concerned,” wrote pastor Migwi in part.

He added: “I’m warning you misguided entertainers, you are attracting curses upon your life and your generations to come. I know you’re after fame and money but you’re completely lost, mark my words, you better repent and break the curses. God is never mocked. Woe unto you and your generations to come after you Bahati and the one I heard he’s called Khaligraph Jones, wearing Bishops gowns is wrong.” 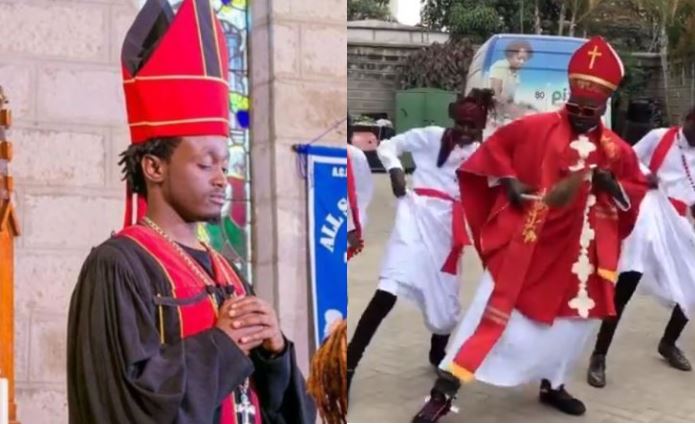 The preacher, who was last year pushed out of Kameme FM for bashing President Uhuru Kenyatta, further quoted a Bible verse citing the story of King Belshazzar.

“Let me advice you before you regret, take those priest headgears and gowns to the nearest Bishop and repent. Good to know that even in the Church not all ministers of the Gospel wear them, there’s a procedure to follow before you wear priest gowns

5 Suddenly the fingers of a human hand appeared and wrote on the plaster of the wall, near the lampstand in the royal palace. The king watched the hand as it wrote. 6 His face turned pale and he was so frightened that his legs became weak and his knees were knocking.

In the bible still, king Uzziah attracted a curse of leprosy by doing the work that belongs to a priest.

6 But after Uzziah became powerful, his pride led to his downfall. He was unfaithful to the LORD his God, and entered the temple of the LORD to burn incense on the altar of incense.

17 Azariah the priest with eighty other courageous priests of the LORD followed him in.

18 They confronted him and said, “It is not right for you, Uzziah, to burn incense to the LORD. That is for the priests, the descendants of Aaron, who have been consecrated to burn incense. Leave the sanctuary, for you have been unfaithful; and you will not be honored by the LORD God.”

19 Uzziah, who had a censer in his hand ready to burn incense, became angry. While he was raging at the priests in their presence before the incense altar in the LORD’s temple, leprosy broke out on his forehead.”

The Trending Images in Nairobi Today < Previous
Man Caught Burying Daughter’s Body After Beating Her To Death For Leaving Without Permission Next >
Recommended stories you may like: