Gloria Muliro’s Ex-Husband Denies He Cheated On The Singer

Pastor Eric Omba has reiterated that he never cheated on his ex-wife Gloria Muliro when they were still married.

The award-winning gospel songstress walked out of the 5-year marriage with Omba in 2015, citing infidelity as one of the reasons.

But speaking in an interview on Switch TV recently, Omba said Gloria was misled by her friends to believe that he was unfaithful.

“I have not seen any picture of a woman I was dating, and she did not have any evidence that I had a relationship with another woman. There was also no woman who came out publicly to say I was in a relationship with them. She was saying what she had heard from her friends,” he said.

The pastor noted that: “I was very faithful. She was very good and very nice. What she has every other woman has, and so there was no need of me to cheat on her.”

Omba also advised people in relationships to focus on their spouses and avoid listening to rumours from outside. “It will cause more damage and ruin your marriage,” he said.

In a past interview, Gloria Muliro also accused Eric, who was her manager, of misappropriating funds earned from her music career and being a control freak.

She said she first noticed Omba’s love for money during the night of their honeymoon. 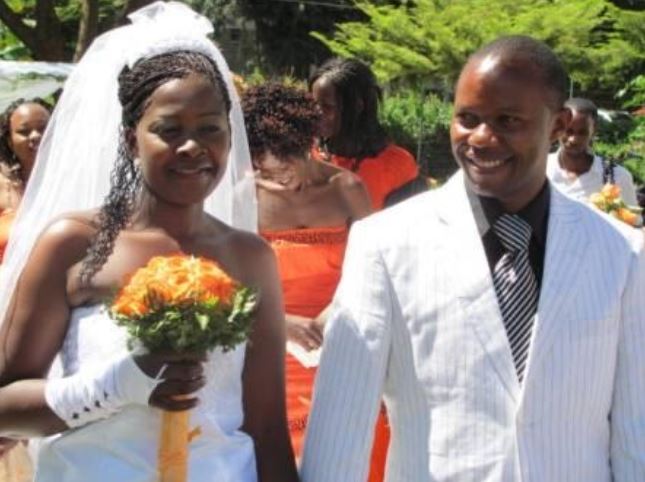 According to Ms Muliro, Omba waited for her to go to the bathroom and, before opening the gifts they had received at the wedding, he took the money from the envelopes.

After a month, Eric began accusing “me of all manner of things and never gave me time to talk. He even wrote down a set of rules that I had to follow”.

“In that first month, he sent me over to a friend’s place, saying to teach me how to cook and keep good hygiene, only to discover that I was being turned into a house girl,” she said.

“He went back to our house and expressed delight at how he was happy at home without me. In the first year, he packed my clothes and asked to escort me away. He had gotten violent over time and he offered no space for communication and dialogue.

“Someone may ask why it took me five years. I was determined to make it work. I am not saying I tried my best, no. I did all my best, in fact,” Gloria said.