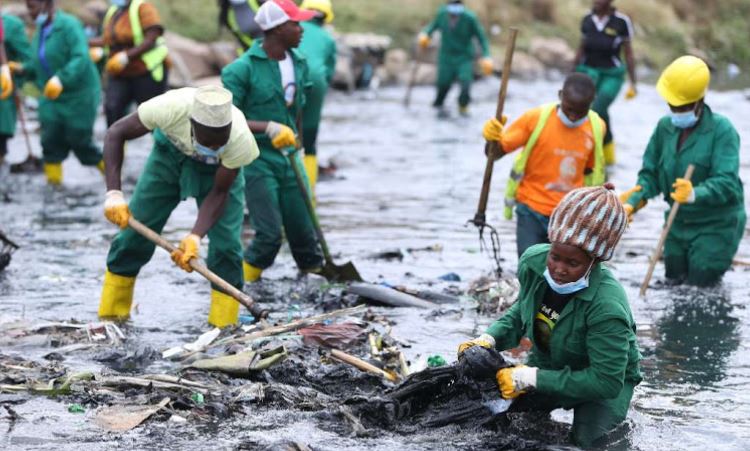 The Nairobi regeneration team tasked with cleaning up the Nairobi River has recovered two more bodies.

The remains of two infants were found near Korogocho area, where a number of bodies have been recovered from since the cleaning exorcise begun early last year.

Fredrick Okinda, who was leading the clean up exercise, said one infant was found wrapped in polythene paper while the other was found floating nearby.

“One of our team members noticed a paper bag floating around and when he went on to open it, he was shocked to find the remains of an infant. Minutes later, we found another body of a girl dumped around the same area,” Okinda said.

This brings the total number of bodies found along the polluted Nairobi river to 21; among them 16 infants and 5 adults.

“Most of the cases are about defilement but reported to us as a teenage pregnancy. When we dig deeper we realise that the child was either defiled by a grown up,” Muema said.

Man Awarded Sh100,000 Compensation for Unlawful Arrest and Detention < Previous
VIDEO: This is How The Sh65 Billion Nairobi Expressway Will Look Like Next >
Recommended stories you may like: