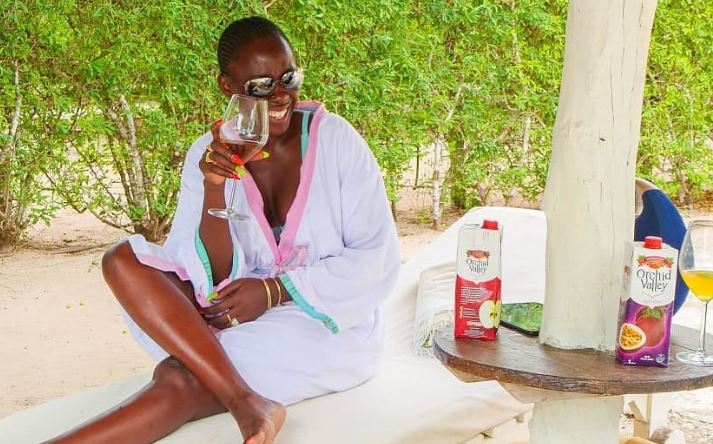 Celebrity musician and philanthropist Akothee was the butt of the joke on social media Wednesday after sharing a never-before-seen photo of her wedding day.

Taking to her popular Instagram page, the self-proclaimed President of Single Mothers published an old photo taken at her wedding to her first love and father of her daughters, Jared Okello.

The picture shows the newlyweds receiving what looks like a marriage certificate, with Jared dressed in an oversized Tux and Akothee in a gunny sack-looking white wedding dress. 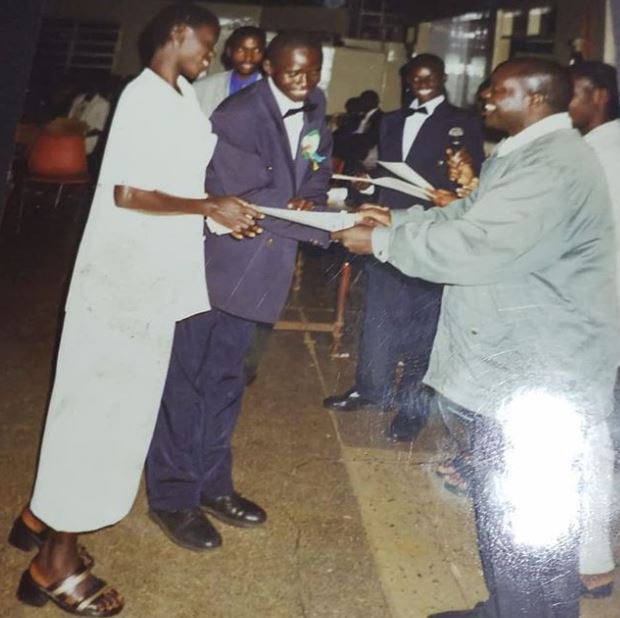 In the comments section, it was apparent that Akothee’s wedding shoes stole the show as fans incessantly trolled the singer.

One Naomi Mukami was more inspired than entertained as she observed: “I just love how Akothee is real and doesn’t hide her story! She isn’t an overnight success… She is stands to be an example of what process can do. I love her! I celebrate her????”

While Gabu Lonzo noted: “Everyone looks very happy in that wedding ?”

“?????that tailor should be arrested,” added Wanyinyi.

LizJackson rallied: “Haki the person who sold you those shoes should be arrested????”

MellisahMelGibson added: “The shoes are a testimony that you were wife material ???????”

New KeMusic – P-Unit, Prezzo Get the Groove on in New Banger ‘Hop Step’ < Previous
Sauti Sol’s Fancy Fingers and Wife Launch Cooking Show Next >
Recommended stories you may like: