Sauti Sol: We Don’t Show Off Our Charity Work Because It Comes From the Heart 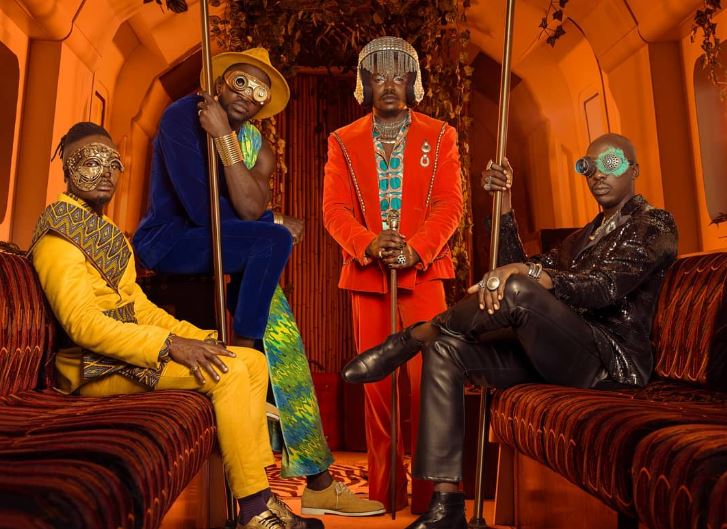 Kenya’s Afropop boy band Sauti Sol has explained why their fans rarely get to see them doing any charity work, especially during this corona pandemic.

The band’s lead singer, Bien Aime Baraza, clarified that they are heavily involved in charity work but choose not to broadcast it on their socials, unlike most of their counterparts.

“If I give you money and post on social media, it becomes more about me than the person who is given, which I don’t think is cool. I would do a charity and keep it to myself,” he said.

“We do a lot of projects, including opening libraries and visiting children, but we do not post since we do them from our hearts. We don’t do to show people,” he added.

Bien, however, noted that people have different ways of giving back to society and urged critics not to condemn those who show off.

“We are doing stuff but if that is your style in giving, then they should be allowed to do them. Let us not crucify those who give and show as everyone has their style of giving,” he said.

He also called on people expecting celebrities to give to be more considerate.

“People have problems so let us not assume some things, as some of us are fighting huge battles,” he said.

Ahead of the official launch of their album, Midnight Train, on June 5, the band is planning a charity event, where a percentage of the money raised will go to charity.

Court Deals Blow to B-Club, Kiza Lounge, Space, Explorer Tavern < Previous
These Five Telegram Channels Have Been Helping Kenyans Cope During the Quarantine Season Next >
Recommended stories you may like: