Health Workers Put Strike on Hold to Allow For Dialogue 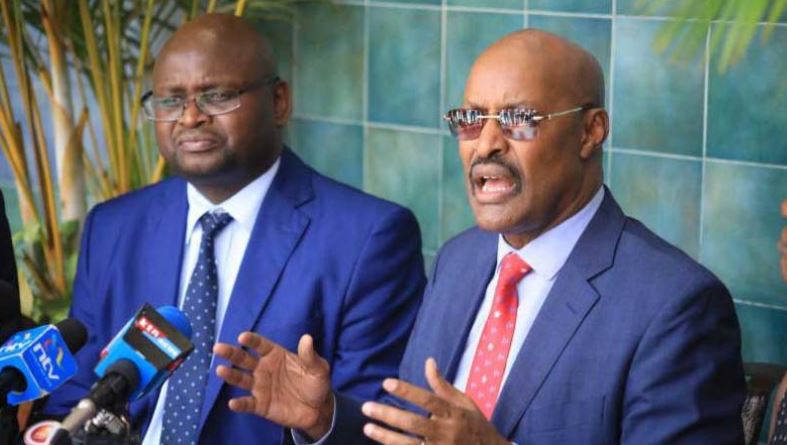 Kenya’s medical professionals were set to strike today, Monday 18, but that has been put on hold.

While addressing the press on Sunday, the officials however warned that the nationwide strike would go on if their demands are not met.

“The Government has accepted to sit down with us to discuss our issues. We have therefore suspended the strike for 21 days. We have, however, not called it off. If the conciliation process does not yield to our demands, then we will proceed for the nationwide strike after the 21 days, “said Panyako.

Mr Gibore added: “If the Government fails to honor its other side of the bargain, then we will resume the strike. But for now, we have accepted their request to have us on the negotiation table.”

The officials noted that the Country is already grappling with too many problems and their planned strike would only have worsened the situation.

“As a country right now we have too many problems; flooding has killed over 200 people, there’s the locust infestation and we’re also battling the Covid-19 pandemic.”

The KNUN boss said the strike “would only have hurt Kenyans” and so it will only “be the last resort after dialogue with government fails.”

All The Trending Pics This Monday < Previous
8 Hand Sanitizer Brands Fail to Meet KEBS’ Requirements Next >
Recommended stories you may like: