Akothee’s Sweet Revenge: “I Used to Beg Celebrities With Many Followers, Now I Have 2 Million” 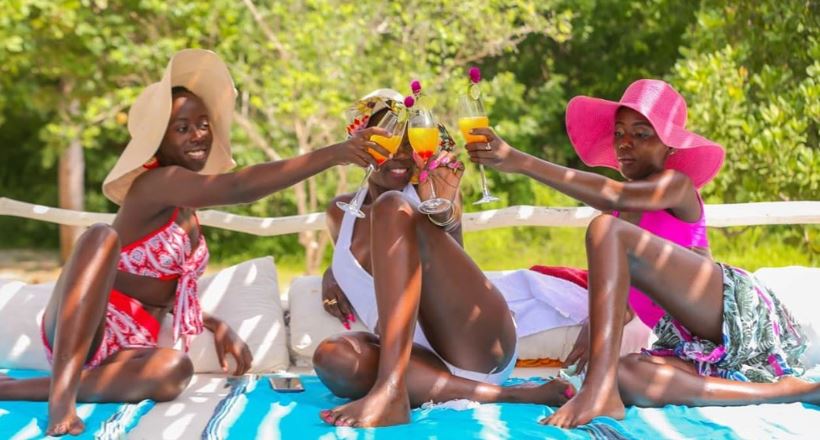 The self-proclaimed president of single mothers Akothee has officially joined the ‘multi-millionaires’ club’ on Instagram.

The famous musician boasts a massive following of 2 million fans, and she used the opportunity to exert sweet revenge on celebrities whom she claims refused to help her when she had just a handful of followers.

Taking to the photo and video sharing platform Tuesday, Akothee narrated how she used to beg celebrities with a huge following to help her push her content when she only had 3,000.

“I remember the days when I had 3000 followers ??I saw enough shit on this streets. I begged some celebrities with big following then, to help me post my work, and they refused?‍♂️?‍♂️, I didn’t die ?I kept pushing,” said Akothee.

The mother of five noted that even now, there are hypocrites who don’t share her content. To these people, Akothee says, “Don’t even talk to me.”

“Now I have 2 million followers, Don’t even talk to me. I better spend the time I waste chatting with you on WhatsApp, to post something for my fans, they are loyal ???? If you cant support me in public, usinipake mafuta kwa mgongo wa chupa in private ???? One word for progressive growth ??????,” she said.

The mother of many went on to thank her 2 million strong followers. 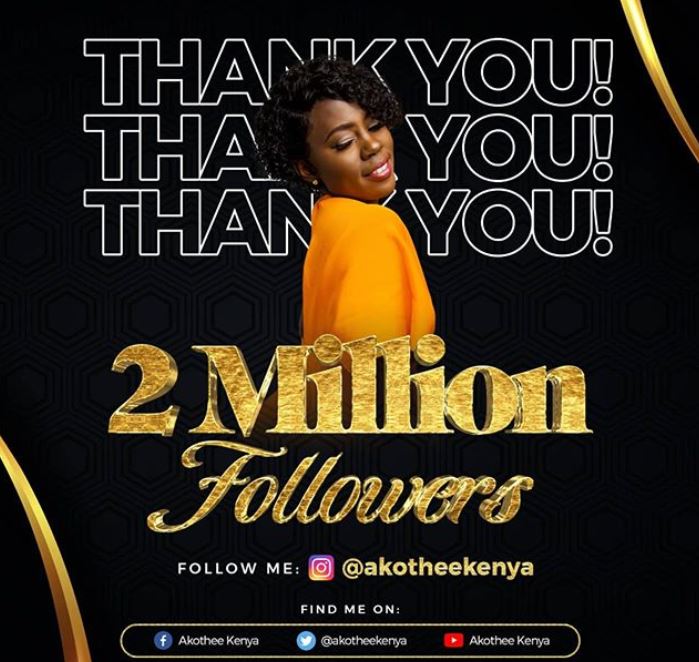 PS: Lupita Nyong’o and her 8.6 million followers don’t count because she is Mexican.

Khaligraph Jones and Diamond’s Photographer Beefing Over Photos < Previous
Victoria Rubadiri Opens on Struggle to Fit in After 14 Years in the US Next >
Recommended stories you may like: