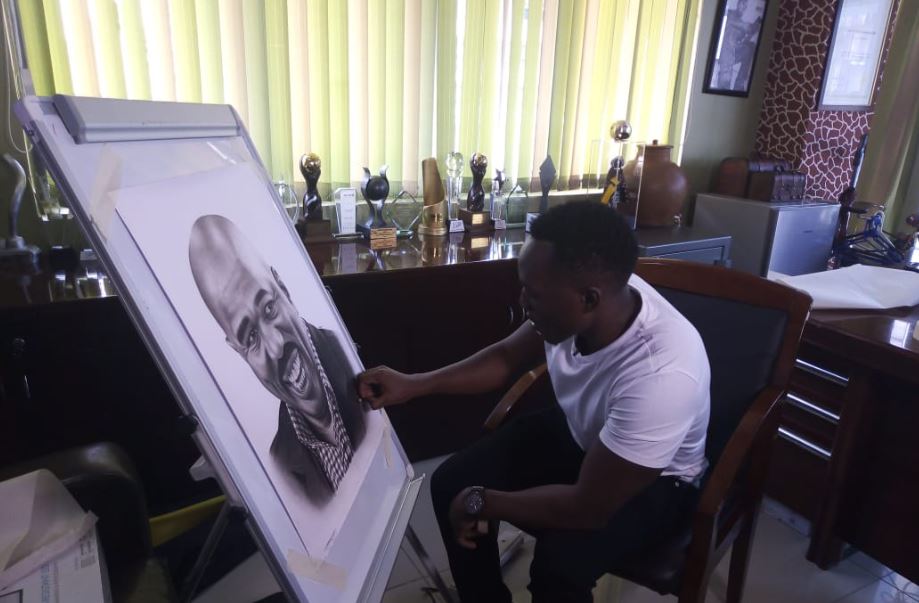 Kenya’s famed pencil artist Collins Omondi Okello has expressed his disappointment after plans to meet US TV host Steve Harvey hit a snag in the wake of the coronavirus pandemic.

The 30-year-old Bachelor of Commerce graduate had impressed Harvey into scheduling a date that would see Mr Omondi present his sketch to the celebrated comedian. 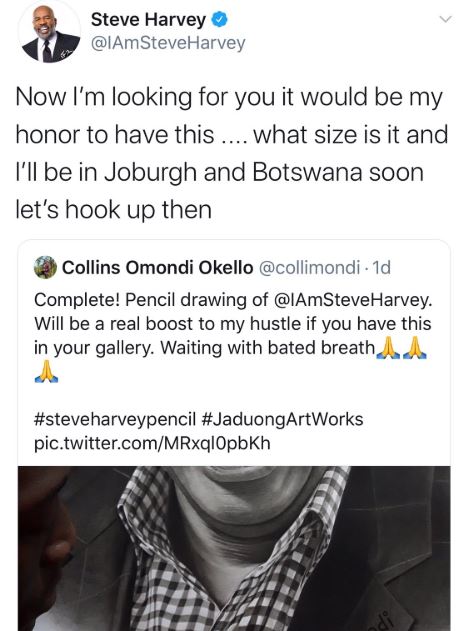 But before they could thrash out all the details, COVID-19 threw a spanner in the works following the ban on travel.

According to Omondi, “It is actually a blow. I have been in touch with Harvey’s agents who told me they will inform and update me on the way forward, but as things stand, everything will have to wait and no one knows for how long.”

While he may not have met Steve Harvey yet, Omondi says he has achieved more than he expected.

“When I posted the picture, my aim was to have Steve recognise the work or just click a like on the tweet. But I got more than I bargained for. He liked the work and asked to meet me. I had dedicated this year to drawing international celebrities, and my first assignment was Steve Harvey. I am grateful that it paid off,” he said. 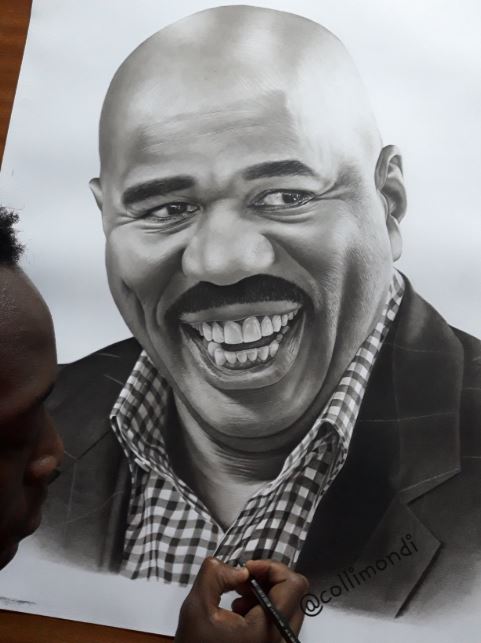 Omondi says Harvey’s response on Twitter has earned him other international orders that he is focussing on as he waits for his date with Harvey.

Since President Uhuru invited him to State House to hand-deliver a pencil portrait he drew of him sometime in 2014, Collins Okello has drawn the likes of then US President Barack Obama, South Sudan President Salva Kiir, former Prime Minister Raila Odinga, then Nairobi Senator Mike Sonko, media personality Jeff Koinange, and others.

The artist sells his work for between Sh15,000 and Sh50,000 depending on the size and the details in the portrait.

Hilarious Posts by Kenyans on Social Media to Take Away Those Easter Blues < Previous
Huddah Joins Adult Site ‘OnlyFans’, Promises Fresh Content Next >
Recommended stories you may like: