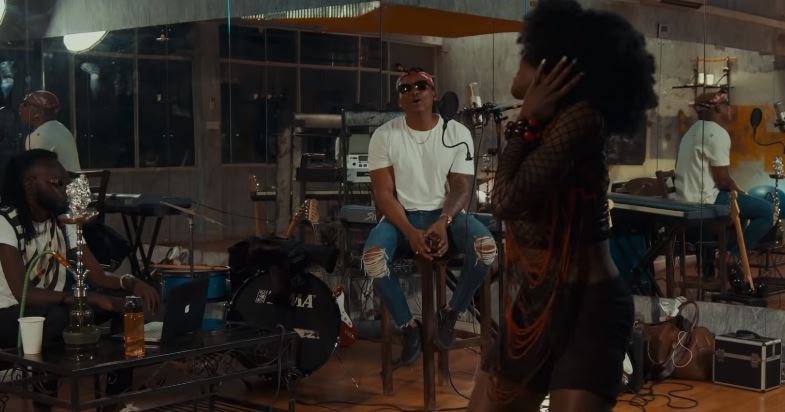 Otile Brown is putting in the work as he continues to set himself apart as one of the most consistent composers in the game.

Barely three weeks after dropping the titillating love song Aiyana with Sanaipei Tande, the singer is back with a solo single dubbed ‘Wine’.

Unlike most of Otile’s previous releases, which are mostly love songs, ‘Wine’ is a fun club banger that is sure to dominate the party scene in months to come.

Otile noted that ‘Wine’ is an experiment, saying: “I’m just having fun trying something new. It’s a freestyle (dance vid) you can tell it’s nothing serious…if you don’t feel it, I understand “it’s not the usual me”, just pass. I got songs for days don’t sleep on me Coz I’ll “always” come around. The game is different now, you got to experiment once in a while.”

‘Wine’ was produced by singer/producer Jegede, who is behind the production of some of the biggest hits in recent times.

The song’s video, directed by Mike Lolly P, keeps up with the high-tempo audio thanks to the brilliant dance choreography by dancer/fitness trainer Davillah_s.