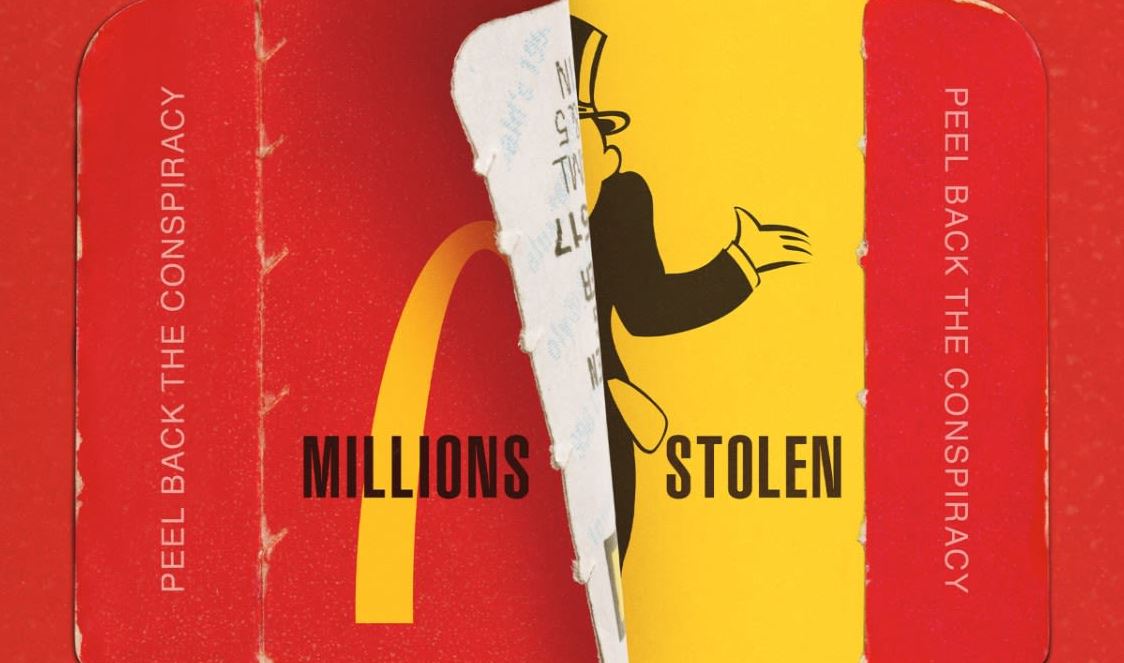 James Lee Hernandez was scrolling through his Reddit feed one night in 2012 when one particular title caught his attention.

It was posted on the subreddit ‘Today I Learned (TIL)‘ – a popular community with over 22 million members.

The story linked to a Jacksonville, Florida newspaper, explaining how a small group of people had swindled McDonald’s for more than a decade. This story flew under the radar for so long, and there were very few media reports to expound further.

“I needed to know more and kept looking,” the filmmaker whose first job as a teenager was at a McDonald’s in the ’90s, the height of Monopoly-mania, told LA Times (Paywall). “But couldn’t really find a lot.”

The only information he got online was news of some arrests by the FBI in 2001. Understandably, the internet was still young then and weird reports from Florida had not started going viral.

Hernandez quickly identified this as a film making opportunity and was determined to find out more about the case. So he filed for a Freedom of Information (FOIA) request.

He waited for a very long time before this request was granted, and what he found has been documented in the new HBO docuseries ‘McMillion‘.

It is a 6-part documentary co-directed with Brian Lazarte. They use recreations archival footage and contemporary interviews to tell the story of how one Jerry Jacobson defrauded the burger chain of $24 million.

Jerry was working security for a ‘Simon Marketing’, a company contracted by McDonald’s to run their promotions.

He used his position to steal the biggest winning tickets from the popular promotional sweepstakes. Because he could not personally cash in the winnings, he gave out the tickets on condition that he will get a portion of the winnings.

An anonymous tip led to an FBI investigation, but by the time arrests were made, the news was overshadowed by 9/11 attacks.

“This story has a quirkiness to it. It’s not about a mass murderer or someone who is wrongfully jailed for 35 years,” said Hernandez. “It was always tough to explain our vision for this. All true crime documentaries are varying degrees of depressing, and this has very serious stakes but, like in real life, there’s an ability to be funny and tragic in the same instance. We wanted to ride that line.”

Upon receiving a trove of court documents related to the case 3 years after he made the FOIA request, Hernandez realized he had a big story to tell. He met with his friend Lazarte, a documentary editor for lunch and soon the ball got rolling.

They were surprised to learn that many of those involved in the law enforcement side were not just willing but also eager to talk with them. “They said this was one of their favorite cases, but no one had ever contacted them about it before,” Hernandez recalled.

The FBI also provided them with additional material that had not been opened since 2004.

“It was seriously like finding the golden ticket,” says Hernandez.

What started on a Reddit thread eventually made it on the Daily Beast in 2018 as an in-depth look at how the fraud was perpetrated. When that article went viral, it sparked a Hollywood bidding war that attracted big names like Robert Downey Jr, Todd Phillips, Kevin Hart and Steve Carell. Eventually, it was Ben Affleck and Matt Damon with Fox who won. Affleck will direct and Damon is set to star.

By the time of the bidding war, Hernandez and Lazarte were years deep into making their version.

McMillions started airing on HBO with the final episode airing on March 9, 2020.

Witnesses in Sonko Graft Case to Testify While ”Hiding” in a Box < Previous
The Top Stories on the Internet Today (Thursday February 20) Next >
Recommended stories you may like: