Kenyans on social media are proving to be a hard nut to crack as they continue to take their political leaders to task on various platforms.

On Monday, the former investigative journalist took to Twitter to show off the first Girls Secondary School in Nyali constituency. He announced that the learning institution will open its doors on 13th Jan 2020.

While most netizens did applaud his effort as the MP for Nyali, internet users also criticised him for naming the school after himself. They were quick to remind Moha that the school was built using tax payer’s money and not from his personal pocket.

“Across ages & History, truly great & reformist leaders never left their names on any City, Street or building … Some even left a Will that their bodies be buried in secret places so as not to be shrines .. But in Kenya, small tinpot dictators put their names on public projects,” layer Donald Kipkorir tweeted.

“Maybe people should stop naming schools, Hospitals and Roads built using public money after them. This school should have been named Nyali Girls High School. It’s the first Secondary school in that area and he calls it Mohamed Ali? Ah! #Mjingayeye,” another KOT wrote. 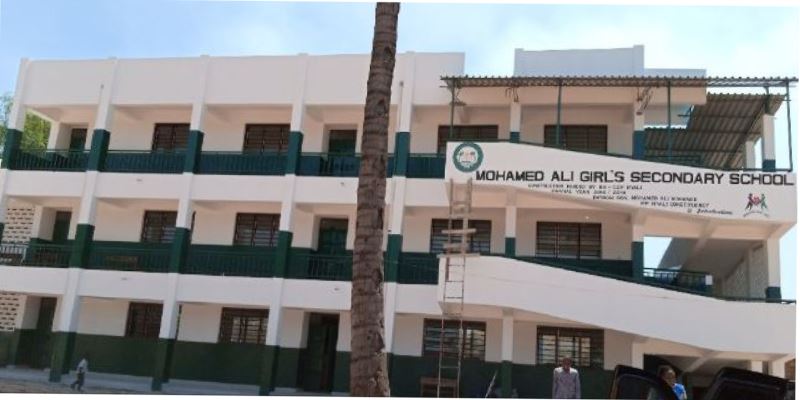 Below are screenshots of some of the reactions. 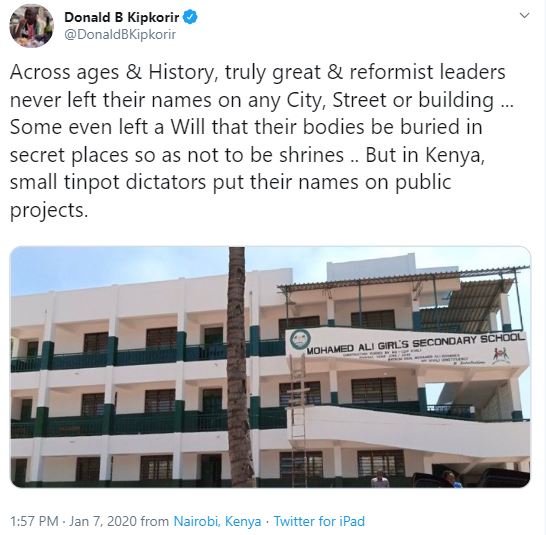 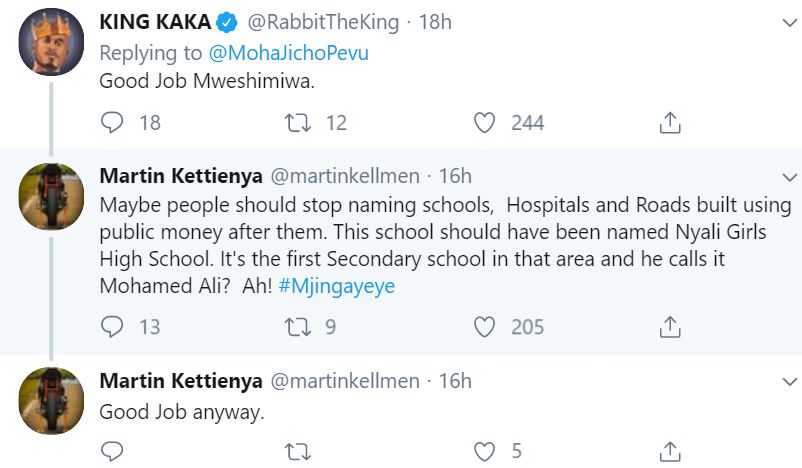 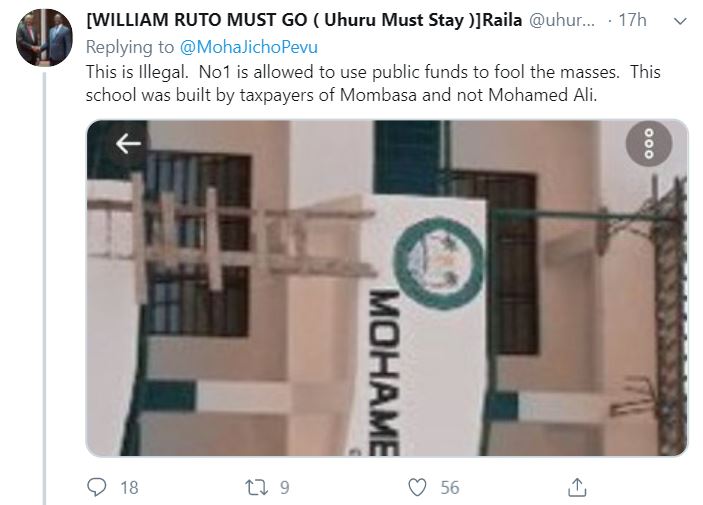 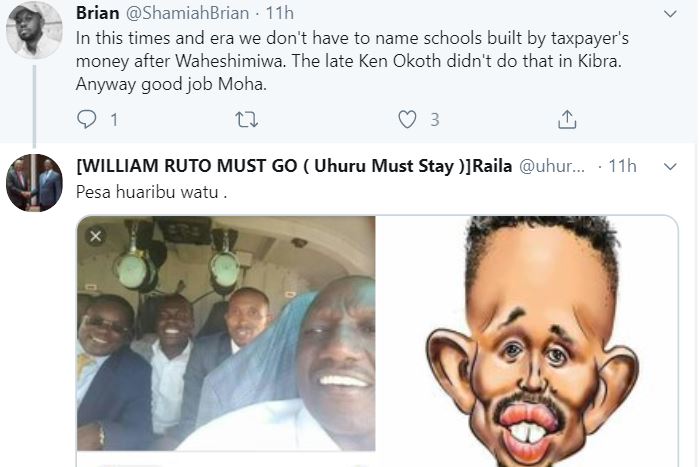 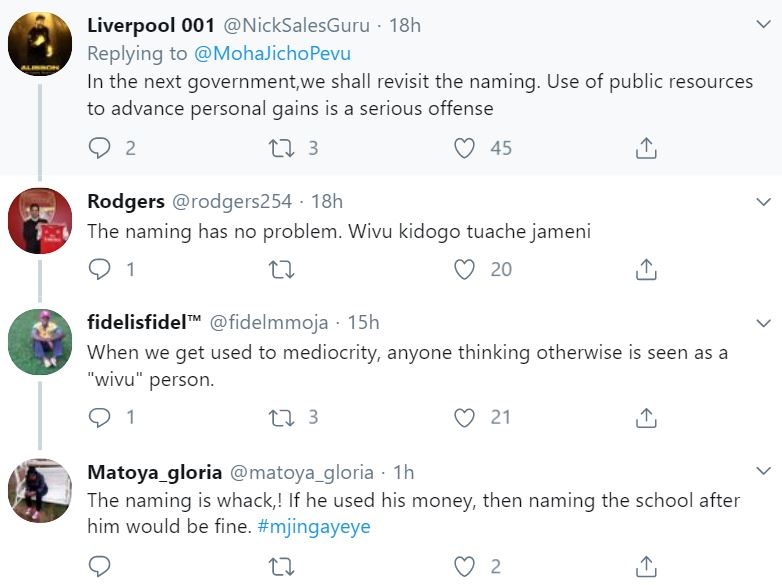 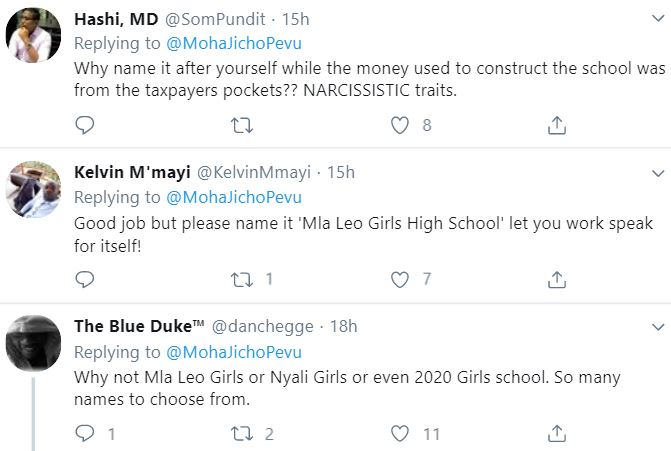 ‘She Took Away Everything’ – Pastor Misiko’s Suicide Note Reveals Marital Woes < Previous
PHOTO: Prestigious Nakuru School Where Kids were Dropped Off by Plane Next >
Recommended stories you may like: