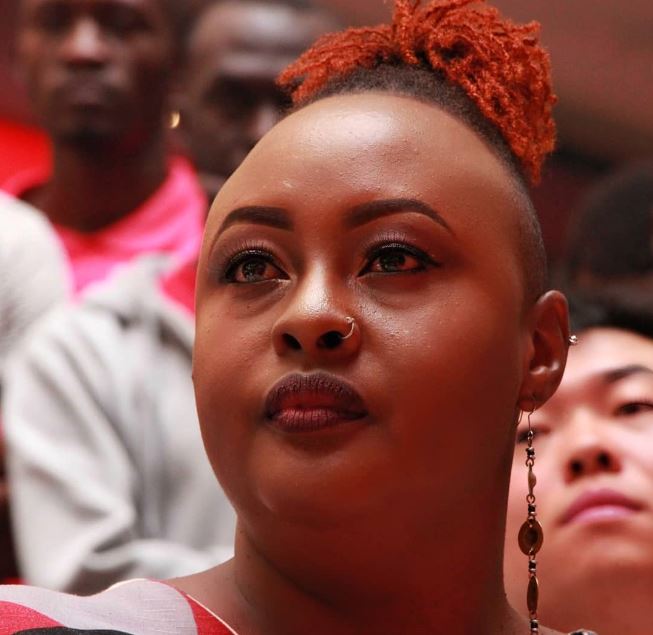 Former Machachari actress Wanjiku Mburu, who is fondly known as Mama Baha, is preparing to stage a walk to President Uhuru Kenyatta’s office later this month.

She is expected to start the walk from Nairobi West to State House on January 28, which also happens to be her birthday. This in a bid to catch the President’s attention whom she had visited earlier in an attempt to find his brother who was kidnapped in 2013.

“On 28th of January is my birthday and on this Day I walk for my brother Georgie. Please walk with me, together we will walk far. #bringgeorgehome #bringbackgeorgy #blood #brother #abduction #mogadishu,” she wrote. 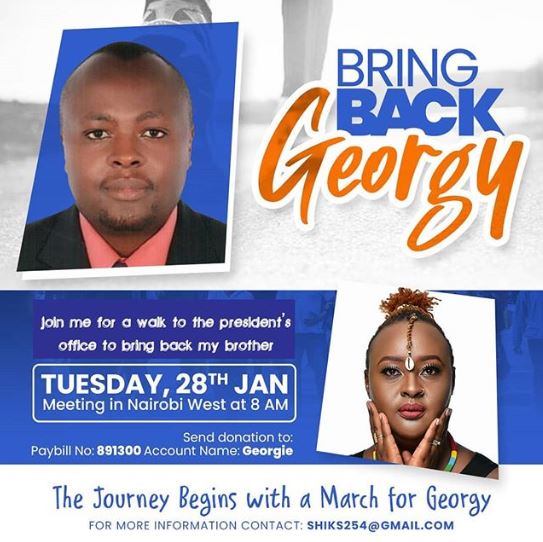 This comes weeks after Wanjiku Mburu posted a video on socials highlighting the government’s futile attempt to bring back her brother who is reportedly being held hostage in Mogadishu.

“In hushed tones I was told, ‘I’m in a meeting I’ll call you later’, this went on for a while until they no longer bothered to pick my calls. See Mr President my brother was kidnapped and it’s now 3 years since and there’s nothing from you or your office. After everything has been said, its been said but nothing done” read part of Mburu’s letter addressed to the President on 12th August 2017. 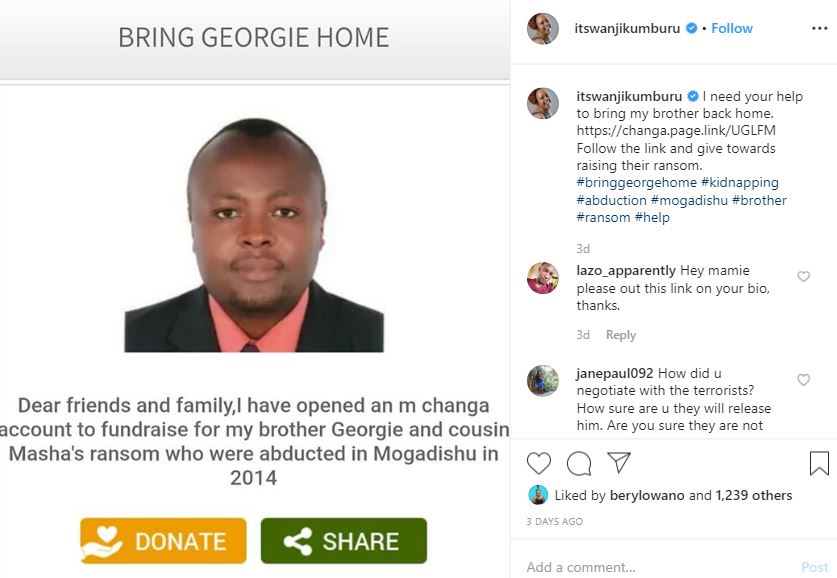 6 years later everything has been said and nothing done…#bringgeorgehome

“I Leave with my Head High” – Mwangi Kiunjuri’s Full Statement After Sack < Previous
All The Trending Images This Wednesday Next >
Recommended stories you may like: