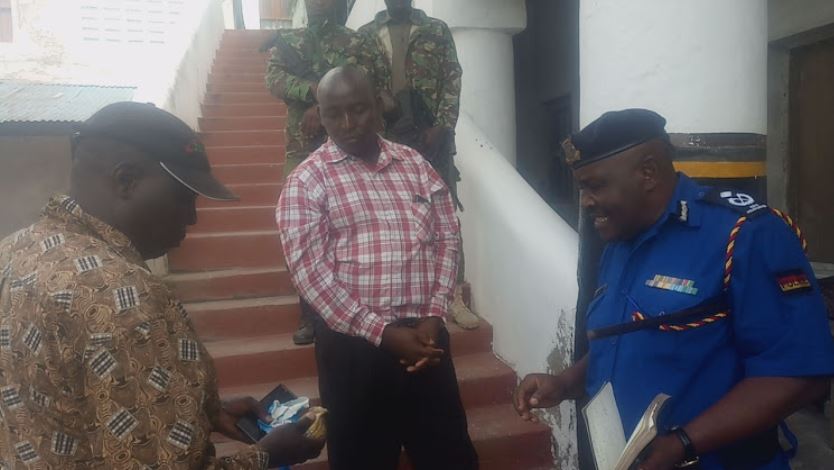 Lamu police have arrested one of their own for allegedly releasing a consignment of drugs and a drug trafficker who had nabbed at Mtangawanda Jetty in Pate Island on Sunday.

Chief Inspector Shadrack Mumo who is the OCS for the Kizingitini police station reportedly received Sh50,000 bribe to release the bhang and the owner, a notorious drug kingpin in the region.

Mumo was arrested on Monday morning.

The drugs were being transported by boat from Lamu Island to Siyu area in Lamu East before police who were acting on a tip-off from members of the public intercepted it and recovered the marijuana whose value is said to be worth millions.

“We received intel that some drugs were being taken to Kizingitini on Sunday, after which police officers intercepted and the suspect was arrested. He was later released after negotiations with the officers led by the OCS,” Lamu Police Commander Muchagi Kioi said.

“We have arrested one of our own, OCS Shadrack Mumo attached to the Kizingitini police station concerning an incident where he released the drug consignment and a wanted drug lord from his station on Sunday. That is how we are willing to go in the war on drugs,” Kioi said.

According to a report by the Star, security officers who wished to remain anonymous said officers at the Kizingitini police station demanded Sh50,000 bribe to release the marijuana.

“It was a lot of bhang, probably worth several millions. It was taken to Kizingitini police station but we later established, the officers were paid Sh50,000 bribe and they allowed the bhang to enter the villages. These officers need to be probed and prosecuted for frustrating efforts to end the issue of drugs here,” an officer is quoted as saying.

Nairobbery: How I Was Conned in the City < Previous
Shock as Missing Girl, 4, is Found Defiled and Murdered in Kirinyaga Next >
Recommended stories you may like: