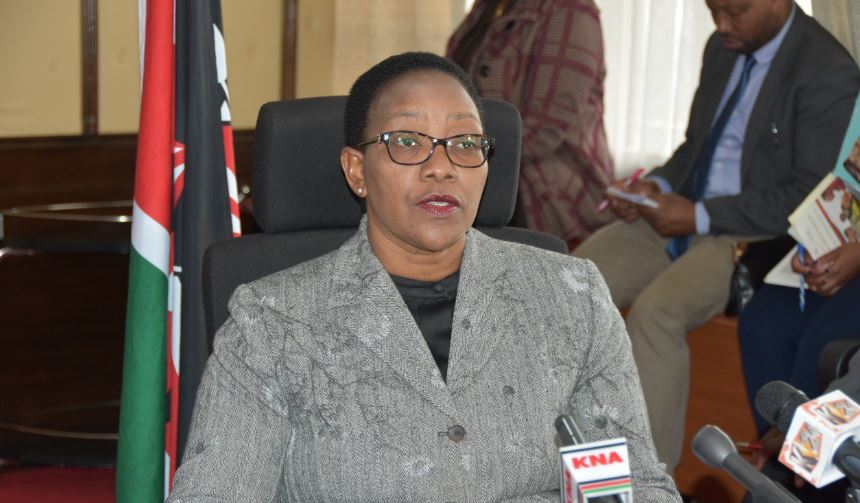 Following the public outcry on cancer that was occasioned by the quick-fire deaths of Bomet Governor Joyce Laboso and Kibra MP Ken Okoth, the government has announced its next course of action.

Health CS Sicily Kariuki on Wednesday afternoon officially inaugurated the board of directors for the National Cancer Institute at her Afya House office in Nairobi.

Inaugurated the Board of Trustees for the National Cancer Institute of Kenya today. Cardiovascular diseases are second leading causes of death accounting for 13% of all deaths while cancer is 3rd contributing to 7% of deaths. pic.twitter.com/N8yHa8tNxl

The Board will among others coordinate prevention and affordable management of cancer from the community level and receive related input from stakeholders on the best practices to reduce cases of cancer.

At the same time, the CS announced that Kenyans will now be able to access chemotherapy treatment in 7 county referral hospitals. Three more are expected to start offering chemotherapy in September.

“Kenya’s capacity to detect cancer has significantly improved. As estimated 47,887 new cases of cancer are detected, 3,200 among children below 18 and 32,987 people die annually. The 5 most common cancers are Breast, Cervical, Oesophageal, Prostate and Colorectal cancer,” she said.

Kenya Wants Al-Shabaab Classified as Terrorist Group < Previous
Over 200 Students Go on ‘Porn-Watching, Bhang Smoking’ Spree in Nakuru Town Next >
Recommended stories you may like: