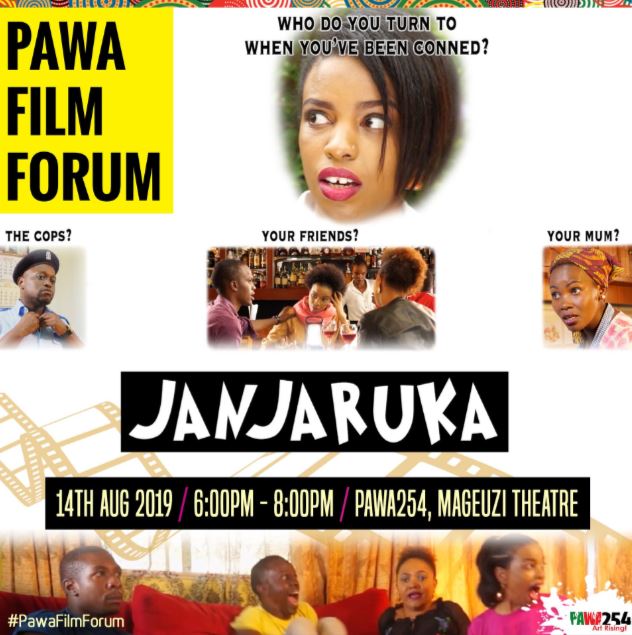 Produced by Flick 7 Pictures, ‘Janjaruka’ is described as an entertaining comedy/thriller web series with a serious message: ‘Should we accept that conmanship is a part of life in Nairobi and, bigger than that, why do those paid to protect us often take advantage of us when we seek their help?’

“Our aim with Janjaruka is to begin a conversation about being conned in Nairobi. And to ask the question, is there anything we can do about it?” Flick 7 director Aggie Nyagari told the Star.

The series also advises the audience to question things before they part with their cash. “If something sounds too good to be true, it’s because it almost always is. So we all need to wisen up,” Aggie said.

Several celebrities have since come forward to share their ‘#MyConStory’, including rapper Jua Cali, actors Lenana Kariba, Pascal Tokodi, Nice Githinji and others.

The webisodes can be found online on YouTube channel Janjaruka Series, with a new episode being released every Tuesday from August 27 and a new celebrity con story every Thursday.

Check out Nini Wacera’s interesting Con Story below and find out how she lost Sh250,000 to a charming man she hit on in a club.

Assault Suspect Says He Beat Up a Cop Thinking He was a Robber < Previous
The Trending Images This Wednesday Next >
Recommended stories you may like: