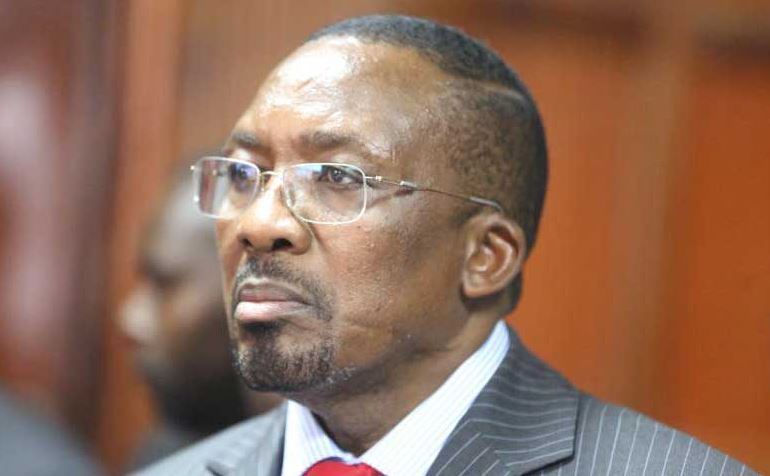 Neno Evangelism preacher James Ng’ang’a claims his rivals are behind viral clips that have been painting him in bad light.

One of the most recent is a video of him insulting and threatening his male congregants and their male organs. The clip has seen the male flock move to court seeking an apology and a retraction of his remarks.

Speaking about the said clip, Pastor Ng’ang’a said it was lifted from a full sermon, which is on his YouTube channel, to portray him as a bad person.

“Those were once my workers who are in rival churches,” he said, adding: “I was preaching and the topic I was discussing had me touch on men.”

The controversial man of God further dismissed claims that the sudden influx of his clips on social media is his way of seeking publicity.

“I don’t want to trend, this is my church, I have bought with my money, and the TV station that I am preaching on is also mine. So I don’t need any publicity that people are putting me into. I am old and rich enough to look for publicity,” he declared.

The televangelist further wondered why most stories written and said about him are negative.

“Why do people want to touch on the negative things I do? I feed people, I heal people among other things but no one who wants to write about that,” he said.

Explaining why his congregation still attends his church, Ng’ang’a said: “My followers know me and that is why they still come to my church. I have so many followers, including women, and I would not any day humiliate any.”

He defended his bullish style of preaching saying: “We cannot be similar, kwani sisi ni meno? My people love me and they keep wondering what is wrong with haters because they were in the sermon and did not have any problem with.”

Apostle Ng’ang’a also warned those tarnishing his name and said he will only ask God to bless them.

Man, 56, Hacked to Death by Younger Brother After Travelling Home for Census < Previous
Pastor Accused of Raping 4 Sunday School Minors in Church Next >
Recommended stories you may like: