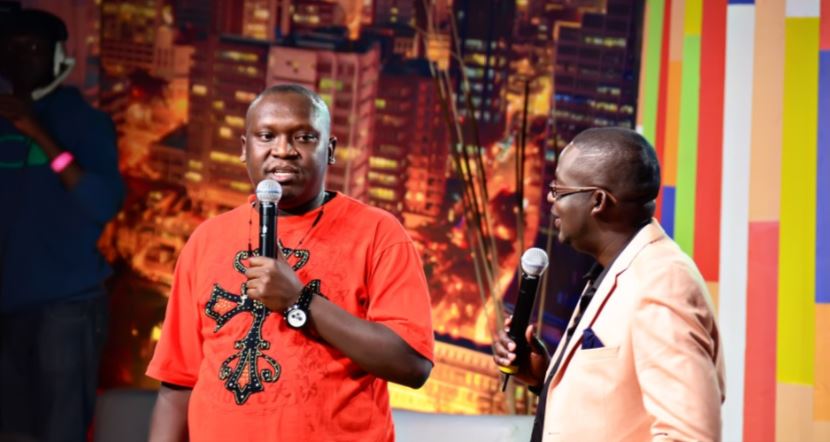 The godfather of comedy Daniel Ndambuki, alias Churchill, deserves a State commendation for his remarkable work in transforming peoples’ lives not only in Kenya but in the East African region. This according to top Ugandan comedian Salvador.

“This man is absolutely special to us for what he has done not just to Kenyans but across the continent. Even if it’s to start a hashtag for him to get a presidential award for the work he has done, let’s do it,” Salvador said.

According to Salvador, Churchill contributed significantly to his career progression when he hosted him on his eponymous comedy show on NTV.

“I was in another comedy show for a long time and had even performed in Nairobi without recognition, but when Churchill asked me to jump into his show, it was never the same again. I was known by so many people,” said Salvador.

“I’m so honoured to not only be your workmate but also your friend. I’d like him to get recognition from the president like an award. Thank you, Churchill, because you have changed my life.”

However, unbeknown to Salvador, Churchill was awarded a State Commendation Award -Order Of The Grand Warrior (OGW) in 2011.

In response to Salvador, a humble Churchill said, “My mission in life is to help people. About the award, that can wait.”