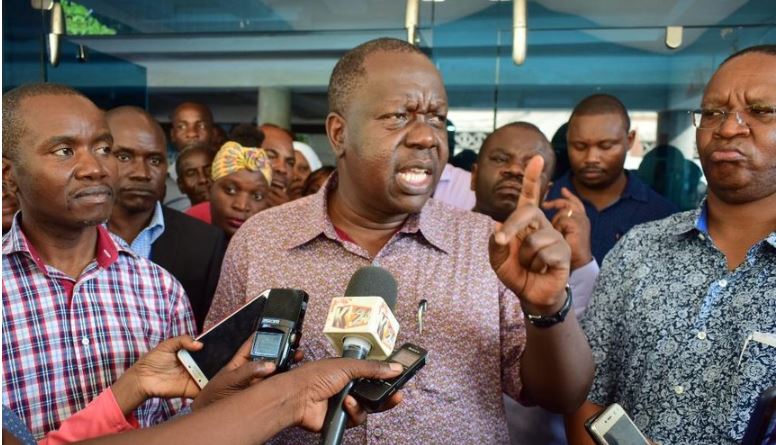 The government has condemned the gory murder of a man who was hacked to death in Khayega market, Shinyalu constituency on 12, July of this year.

The bloodcurdling incident was captured on video as the attacker, identified as Mr Francis Muse Liseche, alias Moi, mercilessly hacked a suspected chicken thief to pieces using a machete.

What’s even more shocking is that a crowd milled around and watched the gruesome attack unfold without taking any action.

In a statement on Monday, the Interior Ministry noted that individuals who stood by and did nothing were among the 26 suspects who were arrested.

The suspects also include the acting chief of the area, the suspected murderer, and the owner of the crude weapon used in the murder.

CS Fred Matiang’i said the chief was in close proximity of the scene of crime and failed to take any administrative action.

Additionally, the government said it will continue with a security operation it launched in May to flush out the criminal elements in Kakamega following the wave of killings in Matungu constituency.

“I am informed and in concurrence with the IG’s directive, to have the operation to flush out criminals continue, until all those responsible for conducting, aiding or abetting these reprehensible acts face the full force of the law,” said the CS.

Matiang’i declared it will no longer be business as usual in Khayega.

The government has also reminded residents not to take the law into their own hands.

“It’s every patriotic Kenyan’s duty to support the government’s criminal justice reforms. You have a role to play, however small your contribution may seem. Anyone liable for the ghastly hacking of a suspected chicken thief in Khayega, Kakamega County, will be brought to book,” said Matiang’i. 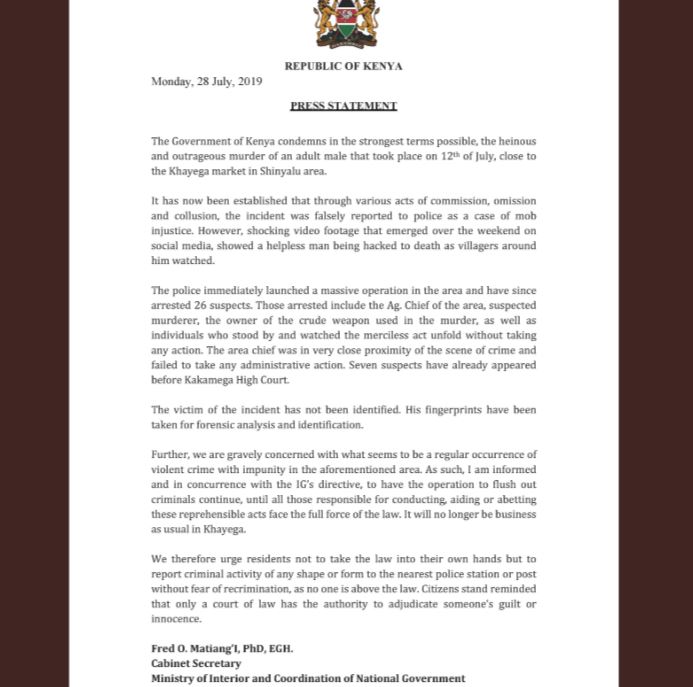 The Trending Images in Nairobi Today < Previous
The Top Stories on the Internet Today (Wednesday July 31) Next >
Recommended stories you may like: