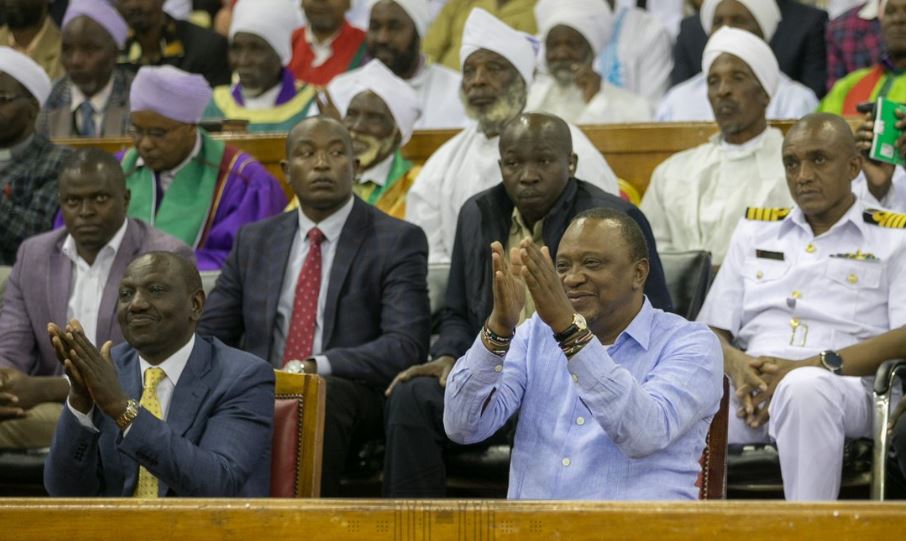 President Uhuru Kenyatta has restated his resolve to unite the country and called on leaders to stop unnecessary politics for the sake of national cohesion and progress.

The President pointed out that national unity is the foundation for achieving the country’s development targets, saying his main interest is to ensure that Kenyans are not divided along tribal, racial or religious lines.

“Our unity is our strength and foundation for building a strong nation. A nation that will be able to achieve its development targets so that the children of our children will remember that there was a time when Kenyans forgot tribalism, stopped corruption and built a country that provided jobs for the youth, drugs in hospitals and ensured no Kenyan slept hungry,” the President said.

He emphasized the need for Kenyans to live together peacefully in all parts the country without any form of animosity against each other.

President Kenyatta spoke Sunday at the Moi International Sports Centre, Kasarani in Nairobi County where he was the chief guest at the annual General Conference of the Akurinu Churches Assembly that was also attended by Deputy President William Ruto. 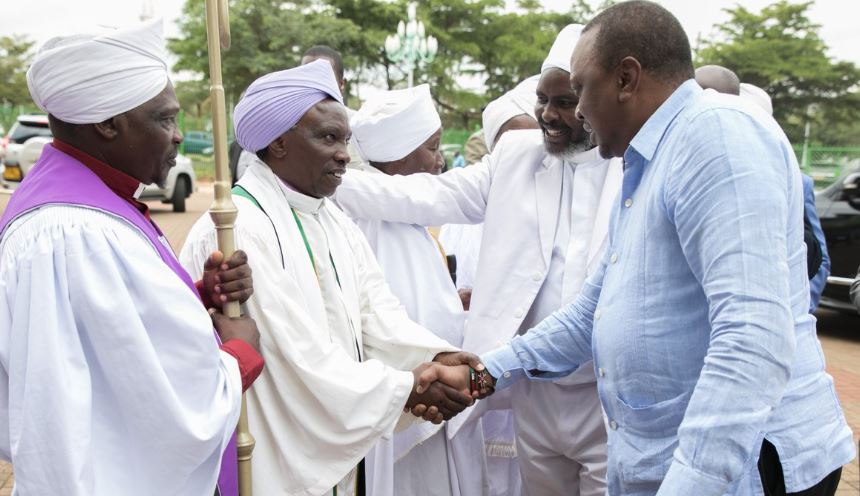 The President warned politicians against engaging in petty politics, saying that will not help in building the strong nation that the current and future generations will be proud of.

“We must learn to forgive one another. Let us focus on the future instead of dwelling on the past that will prevent us from our development aspirations,” the Head of State said.

DP Ruto said Kenyans from all corners of the country support the President’s call for national unity.

“We will follow your footsteps in the work you have started to ensure this great nation is united. All of us, as Kenyans, will rally behind you because you care for all of us,” the Deputy President said.

Nairobi Governor Mike Mbuvi Sonko thanked President Kenyatta for ensuring that no religion in the country is discriminated against adding that the President has distinguished himself in serving disadvantaged communities in Kenya.

Archbishop Kinyanjui cited the registration of Huduma Namba as an example of the programmes that the church fully embraced.

Machakos Hospital on the Spot after Woman Bled to Death During Childbirth < Previous
The Top Stories on the Internet Today (Tuesday June 18) Next >
Recommended stories you may like: