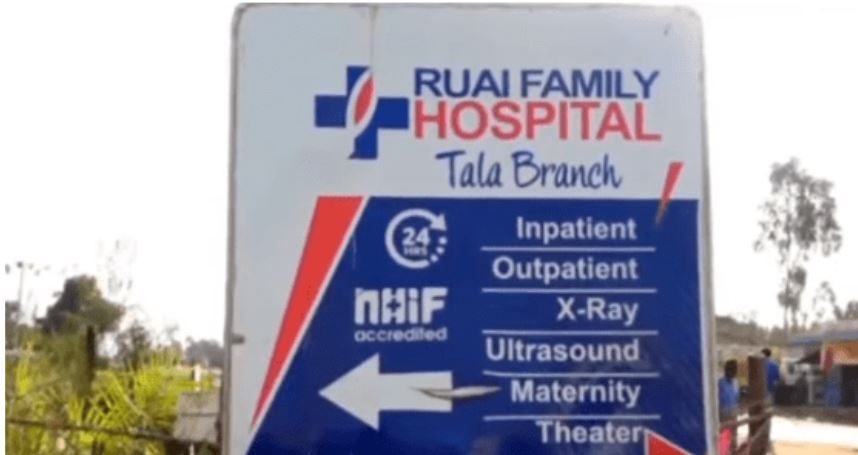 Residents of Tala, Machakos County took to the streets on Sunday to protest the passing of a woman who bled to death during childbirth at a private hospital.

The dozens of locals stormed Ruai Family Hospital led by relatives of the deceased, 34-year-old Eunice Nzula, who was pronounced dead on arrival at Kangundo Level 4 Hospital where she was taken three hours after heavy bleeding.

According to her husband Reuben Ngei, medical staff at the facility rejected his pleas to refer his wife to a public hospital. He said they insisted on holding her even as she continued bleeding after delivery.

Mr Ngei said his wife would have been saved if she had been referred to a government facility with better equipment.

On its part, the facility through its administrator Peter Okoth said the patient could not be referred when she was experiencing active bleeding.

He said medics handling the patient did the best they could in the circumstances to save the woman’s life, reports Citizen.

The matter was reported at Tala Police Post and is under investigation to establish the circumstances leading to the patient’s death.

Governor Nyong’o to Become a Priest in Honour of Late Mother < Previous
Quit the Petty Politics, President Uhuru Reads Riot Act to Leaders Next >
Recommended stories you may like: