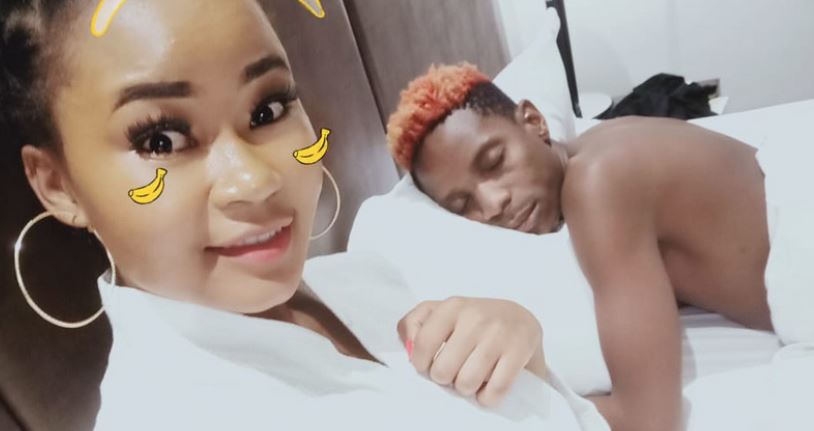 Kenya’s top funnyman Eric Omondi has not moved on from his Italian ex-girlfriend Chantal with Tanzanian babe Hamisa Mobetto.

The comedian has been the talk of the town after a video was posted online showing him in bed with a woman who netizens believed to be Hamisa. Even those other blogs picked up the clip and reported that Eric has moved on from his recent break up with Chantal and is in a rebound relationship with the mother of Diamond’s child.

This has prompted Eric to speak out about the 6-second clip saying the woman is not Hamisa.

“I’m surprised that people think the lady is Hamisa. Though I cannot reveal her name, I wish to clarify that the lady is not Hamisa Mobetto,” he told eDaily.

He added, “As you can see in the video, I was asleep, so I couldn’t precisely know that she was taking a video. But, to be honest, it’s just a simple video that doesn’t prove anything.”

60 Years in Jail for 41-Year-Old Man Who Raped, Infected Minor With HIV/AIDS < Previous
Diamond Says Hamisa is ‘Very Understanding’ Compared to ‘Difficult’ Zari Next >
Recommended stories you may like: