Baby Daddy and I Cheated on Each Other, ‘TRHK’ Actress Njambi 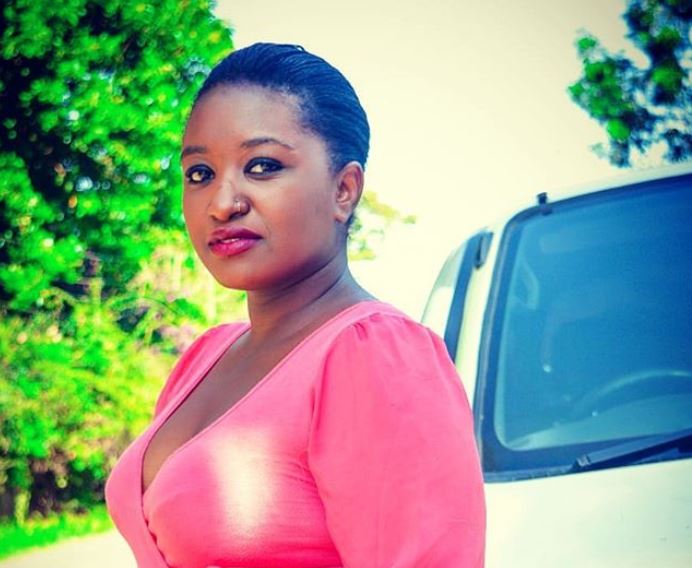 The Real Househelps of Kawangware (TRHK) actor Njeri Gachomba alias Njambi says her relationship with her baby daddy ended because they both messed up.

According to Njambi, they were in their early twenties; enjoying their youth and being young and stupid. Not only did they fight a lot but they also cheated on each other.

“We both messed up in the relationship as we were young and stupid and we didn’t have the strength to fight for us,” she told Word Is.

Ms Gachomba, who is also a lawyer by profession, added that three years after their break up, they are good friends and are co-parenting their daughter.

Speaking about the four-year-old who also features in the show, Njambi said, “She’s the best thing that has happened to me. She is amazingly smart and mature for her age. She’s the one on the show, acting with her was fun she was very cooperative.”

Asked if she would encourage her daughter to be an actress, Gachomba said, “I’ll support her in anything she wants to do. She always wakes up with a new idea. Sometimes she wakes up wanting to be a footballer mara she wants to skate…She loves exploring but I’ll be the type of parent who will support my kid’s dream.”

The mother of one also opened about her battle with depression and suicidal thoughts.

“At first I thought I was being stubborn. I thought I had anger issues because I used to fight a lot. I was always suicidal coz every time I got into a fight with my mom, I would take a knife and threaten them that I will kill myself,” she said.

She also hated God, but now, every time she is down, her daughter encourages her to pray and sing her favourite song.

“I Cry a Lot.” Actress ‘Njambi’ Opens Up on Struggle With Depression