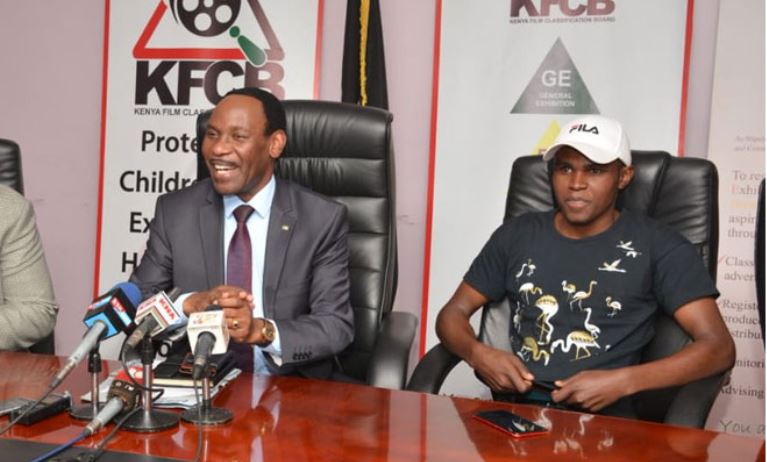 Ezekiel Mutua and Alvindo have buried the hatchet over the banned viral hit song ‘Taka Taka’.

The two parties had been locked in a standoff for over a week until Alvindo presented himself to the Kenya Films and Classifications Board (KFCB) on Thursday.

A statement from the regulatory body indicated that the meeting was fruitful and resulted in both parties reaching a mutual agreement.

The two parties came to the conclusion that while no further action would be taken against Alvindo, the song ‘Takataka’ would be pulled down from all online platforms.

KFCB boss Mr Mutua had banned the song two weeks ago on grounds of obscenity and promoting misogyny but Alvindo re-released a video for the song.

Flanked by his lawyer Munga Wanjau, Alvindo ate humble pie and apologised to his fans. He also promised to create songs that are positive, moral and educative. 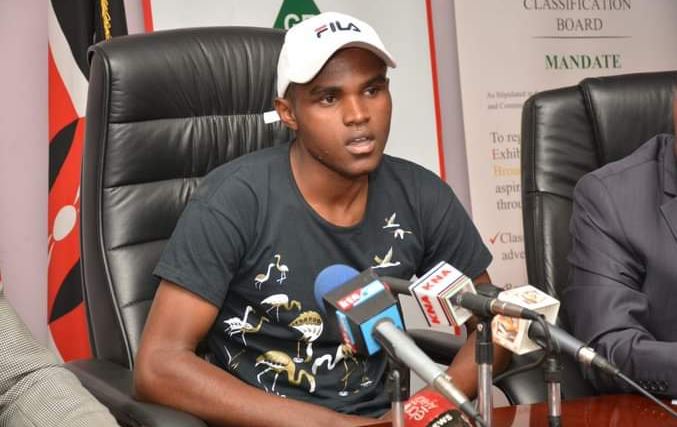 “If I release the next song, it will be a song with a message and one that sends a positive message to society,” said Alvindo.

His lawyer confirmed the meeting with the board was “largely successful”.

All The Trending Images this Friday < Previous
Man Caught Kissing, Caressing Girl in School Uniform Behind a Hotel [Photos] Next >
Recommended stories you may like: