SAD: Kakamega Mother of Quintuplets Dies a Week After Death of Two Babies 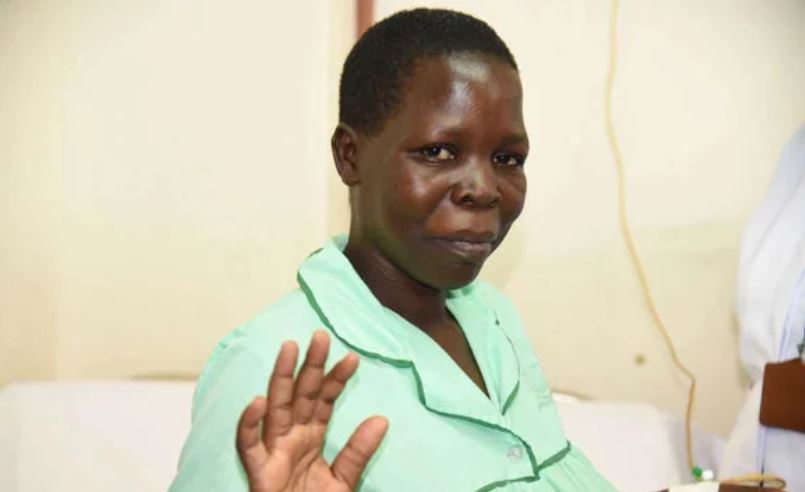 Tragedy has struck the family of Evelyn Namukhula, the woman who gave birth to five babies in Kakamega County last month.

The 28-year-old, who delivered three girls and two boys through a Caesarean Section on March 13 at Kakamega General Hospital, has died. She succumbed to chest complications on Sunday at the Moi Teaching and Referral Hospital (MTRH) where she had been admitted.

Tragically, two of Ms Namukhula’s quintuplets died in the last week of March while under special care at the same hospital.

Tests conducted on Ms. Namukhula showed her heart and lungs were enlarged by fluids around them.

“She had been very well until this morning (Sunday) when she complained that she was having difficulty in breathing with some headache also. So the doctor who was on duty put her on treatment for blood clotting and antibiotics and then ordered for tests to confirm what the problem was,” said Aruasa, adding, “We lost her at about 12 midday after the test — a CT angiogram — was done which showed that the heart was enlarged with fluid around it and the lungs also had fluid.” 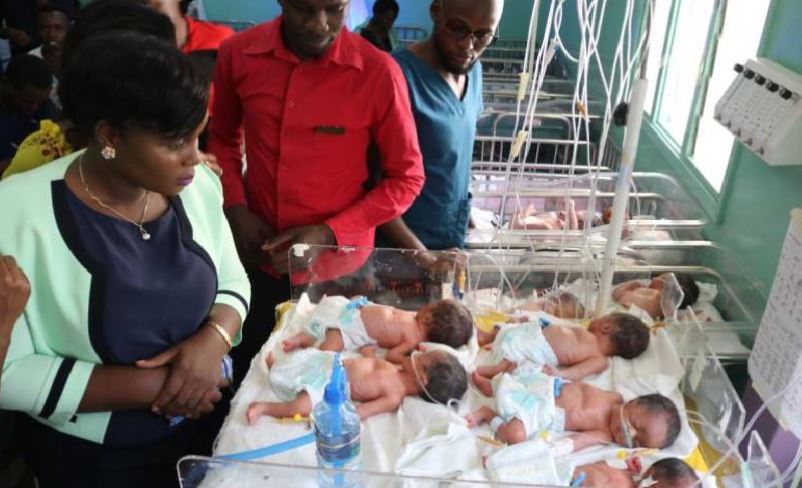 On the death of the two boys, Dr Aruasa said, “There were five babies but the two boys were very sick and have also died. But the three girls are okay and growing well.”

The doctor said the hospital is especially saddened by the death of Ms Namukhuka who was getting stronger by the day.

The hospital management noted the babies and their mother arrived in five separate ambulances on Wednesday night, March 13, a move that saw the newborns arrive when they had hypothermia.

“Evelyn Namukhula was referred with her five new-borns (three girls, two boys) and it is important to state the manner in which the babies were transported. Referring hospitals should be done in a particular manner with focus given on their health and safety. The five babies arrived when they were already cold,” said Dr Aruasa.

“As part of giving feedback to our referral facilities, they need to relook into how they transport the babies, they should have been brought in one or two ambulances that are well oxygenated and kept warm.”

They said when the mother arrived at the facility accompanied by the grandmother they were adamant that the babies should not breastfeed.

“We learnt that it is a cultural myth in their community that having multiple babies is a bad omen. The mother is worried that when she goes home with many children, she will be viewed differently with others blaming it on a curse,” said Dr. Phillip Kirwa the director of Reproductive health said at the time.

“We have been educating them to understand and accept that twinning is a natural process and a good thing. There is no association with curses or cultural beliefs but a woman who is blessed with an ability to have many babies.”

The deceased leaves behind her husband Herbert Wawire, who has a hearing disability, and four other children.

The Trending Images This Monday < Previous
The Top Stories on the Internet Today (Tuesday April 9) Next >
Recommended stories you may like: