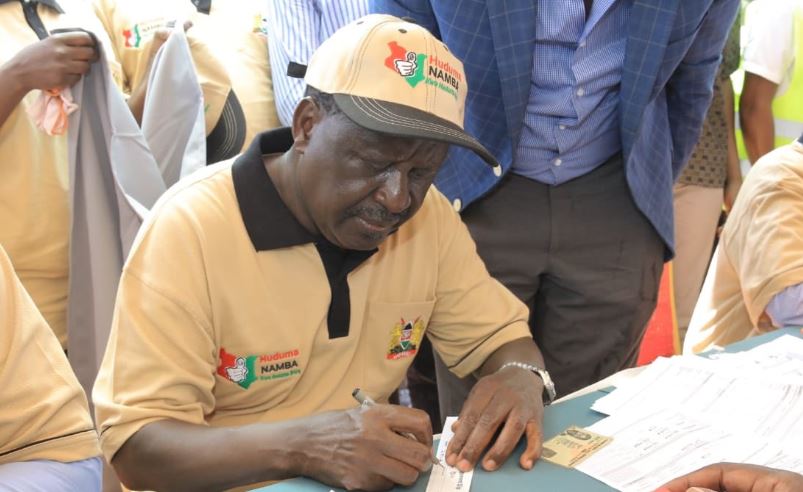 Former Prime Minister Raila Odinga has not taken kindly to a proposal by Kiharu MP Ndindi Nyoro to trim powers of the chief public prosecutor.

The ODM leader on Tuesday said the proposed motion is ill-advised and will derail the war on graft.

Odinga, who was speaking in Likoni during the launch of Huduma Namba, took a swipe at Ndindi Nyoro, questioning his seriousness as a leader elected to represent the interests of Kenyans in Parliament.

Raila further wondered whether the legislator is of sound mind.

(Is that MP really of sound mind? Hasn’t he lost his mind? While some are fighting graft, you are trying to clip the DCI’s and DPP’s powers)

Raila linked the proposal to senior government officials and their cronies accused of corruption and warned that the plan will not succeed.

(You see it fit to handcuff the DCI. No one has been implicated, investigations are ongoing and there you are crying that investigations are targeting you yet no one has mentioned your name. If you have stolen, go in. When you see your neighbour being shaved, know you’re next in line)

Raila further noted that Kenya has been ranking in the top league on Transparency International’s corrupting index and the ongoing efforts are aimed at arresting runaway theft of public resources.

Kenya, he said, is now inches away from the league in which failed states such as Nicaragua play and every effort must be done to slay the dragon of corruption.

“We want to remove Kenya from the corruption index but there is an MP who is not doing anything. Rushes to parliament to clip the powers of the DCI,” said Odinga.

All The Trending Images This Wednesday < Previous
President Uhuru Suspends Supreme Court Judge Jackton Ojwang’ With Immediate Effect Next >
Recommended stories you may like: