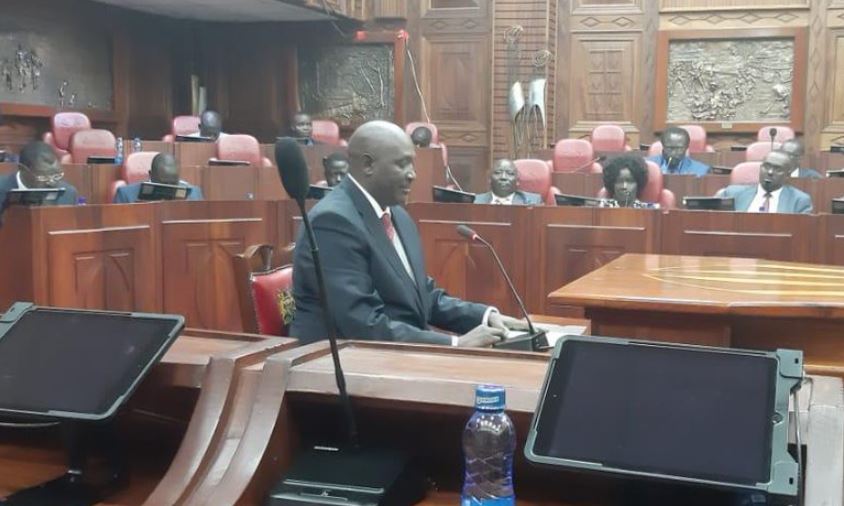 The Police Inspector General nominee Hillary Mutyambai has outlined his plans for the Kenya Police Service should he be approved by the National Assembly and the Senate.

Appearing before the administration and national security committees of both houses, Mr Mutyambai vowed to uphold high standards of integrity to serve as an example to other officers.

He said he will be guided by the rule of law while executing his duties and he will treat all officers equally. The nominee for the position of the Inspector General of police also pledged to address the issue of corruption by implementing lifestyle audit of all police officers.

“I will treat every officer as a clean officer. I will engage all of them to agree on our mode of our operation. From there, I will start monitoring them to identify the corrupt officers,” he said.

Mutyambai also pledged to promote good working relations between the police and members of public saying it is the best way to deal with crime in the country.

He added that he will ensure full implementation of the National Police Management system and transform every police station into a service centre.

On the welfare of the officers, Mr Mutyambai said he will look into the issues of police house allowance by engaging the salaries and remuneration commission.

“I will engage the NPSC and SRC to review the rates for house allowance for police,” he said adding that some rates, especially for those serving in Nairobi, are low.

“Say a police officer working in Kilimani he is only getting house allowance of Sh15,000 but rates around that area for a house is Sh50, 000.”

On the issue of extra-judicial killings, the nominee told the committee he will work with the DPP and IPOA to identify rogue officers.

“Each officer will be held liable for their actions. We will take actions according to the law. I will work closely with IPOA, DPP brings sanity in the service,” he said.

Mutyambai also disclosed that his total net worth stands at Sh30 million.

President Uhuru nominated Mr Hillary Mutyambai following the retirement of Joseph Boinnet. Born in 1964 in Machakos, he was the first person in his village to join UoN and graduated in 1990 with a Bachelors of Science in Agriculture.

Hilarious Meme Compilation (Friday March 29) < Previous
All The Trending Images This Furahiday Next >
Recommended stories you may like: