“Name and Shame to Win Fight Against Corruption,” Orengo Advises 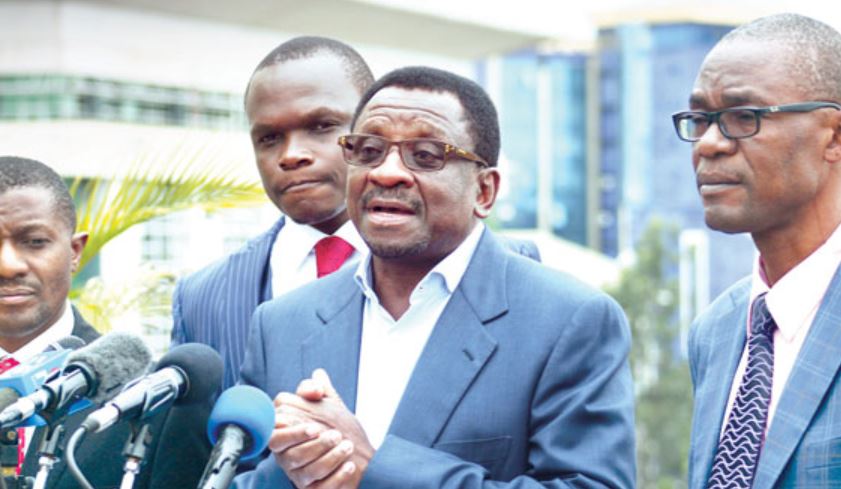 Siaya Senator James Orengo has proposed the name and shame strategy if Kenya is going to make any headway in the war against graft.

This comes as the country grapples with rampant cases of corruption involving billions of shillings, and touching individuals occupying seats as high as the cabinet.

Speaking on Tuesday before the opening of the Devolution Conference at Sagana State Lodge, Kirinyaga county, Senator Orengo said arrests and trials are important but they are not enough.

“At this stage when corruption has become a cancer, the fight is not going to be won without naming names,” Orengo said.

The Senate Minority leader added: “We should not be scared of naming and shaming. That’s one way to ensure leaders adhere to the Constitution’s Chapter Six on integrity.”

Orengo noted that Kenyan leaders are always scared when their names are linked with corruption, “even if it’s just to record a statement”.

According to Orengo, many countries that have succeeded in fighting corruption used the name-and-shame strategy as a deterrent.

“Kenyans should know that however powerful or mighty you are, if you have committed an act of corruption, you are not beyond the law. We will succeed if we assure people nobody is above the law,” Orengo said.