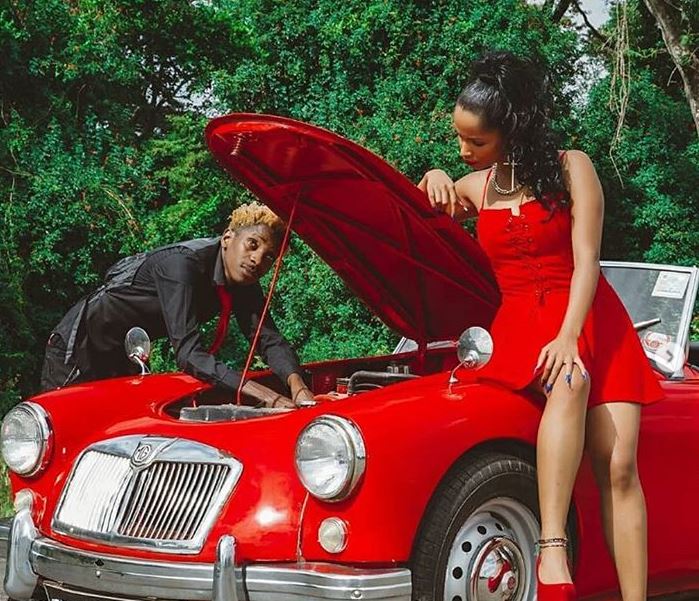 A distraught businesswoman has exposed comedian Eric Omondi on social media for refusing to pay for a car he had hired in January.

According to Wambui Wambui, Eric Omondi hired the car on January 16 for a period of three days.

“My driver picked him up from the Moi International Airport, he was to call him or myself on his return on 19th January which he never did,” narrated Wambui.

Instead, Eric Omondi parked the car on a yellow line and stashed the keys under the car and went about his business.

“The police watched the car from Morning till 11 pm when they towed it to the Airport Police. I was called – there were documents in the car that had my number (I was in Nairobi then) I called Eric, he admitted to the mistake (he said he forgot to call since he was late to get his flight) The vehicle could not be released to anyone except myself with proof of ownership.. on my return on 22nd, I went to MIA police station – the above was narrated to me,” said Wambui.

The woman also lamented five days of lost business. “Noting he[Eric Omondi] caused me to lose business for 5 days – he has refused picking my calls to date… if and when I call using another line, he promises to pay which he has not done. please I need my cash back – he is just being a savage – how do you dump someone car and claim ‘forgot’ then go ahead and not pay.”

Wambui also shared screenshots of her one-sided conversation with Eric Omondi on Whatsapp.

Eric Omondi is yet to respond to our calls. 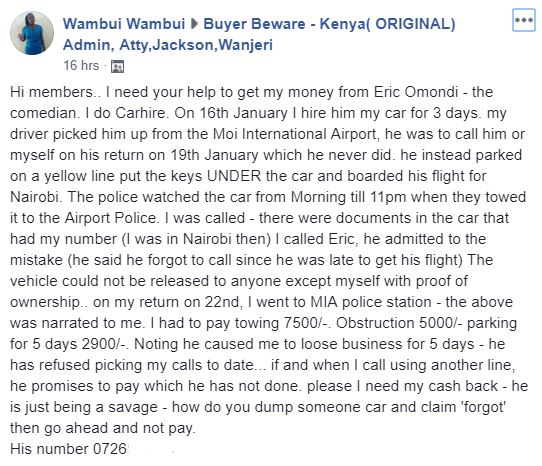 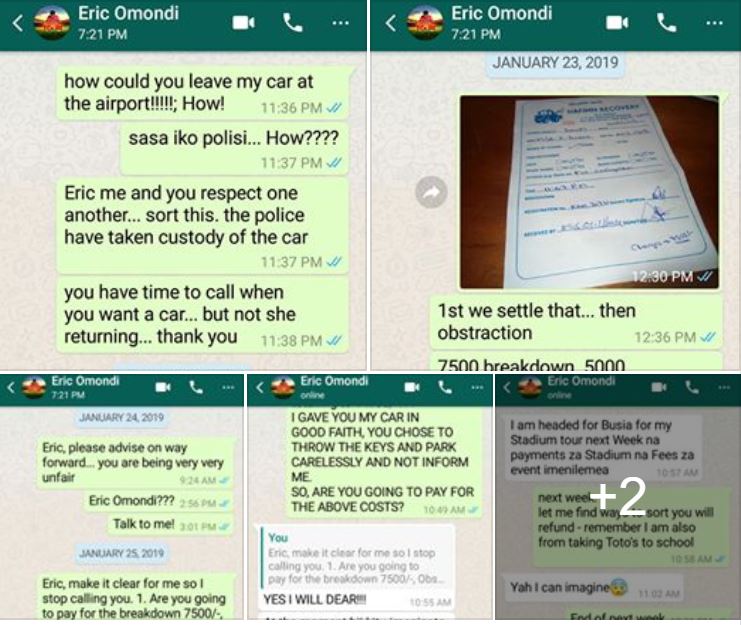 Mr Seed and Wife Nimo Gachuiri Welcome Bundle of Joy – PHOTOS < Previous
“Name and Shame to Win Fight Against Corruption,” Orengo Advises Next >
Recommended stories you may like: