An ambitious vehicular innovation showcased by Laikipia County at the Devolution Conference in Kirinyaga is all the rave on social media.

The mini car is the brainchild of Samuel Gatonye alias Njogu, a Nyahururu-based, self-trained innovator who transformed a two-wheel bodaboda into a four-wheel tuk-tuk christened “Laikipia BJ 50”.

Njogu, as he is popularly known, has successfully assembled two units of Laikipia BJ 50 and already has about a dozen orders for the Sh450,000 innovation.

Each has a capacity of 7 passengers including the driver and a luggage capacity of 500 kgs with a maximum speed of 70km per hour.

The innovator has been receiving support from the Laikipia County Government. Other stakeholders working closely with Njogu are Numerical Machining Complex, Gear Box Kenya, Dedan Kimathi University of Technology Laikipia University and The Kenya Bureau of Standards (KEBS).

While the BJ-50 has been proving to be a hit at the Devolution Conference, it has been the butt of jokes on social platforms.

Here are some photos and some reactions from the Twitter online community. 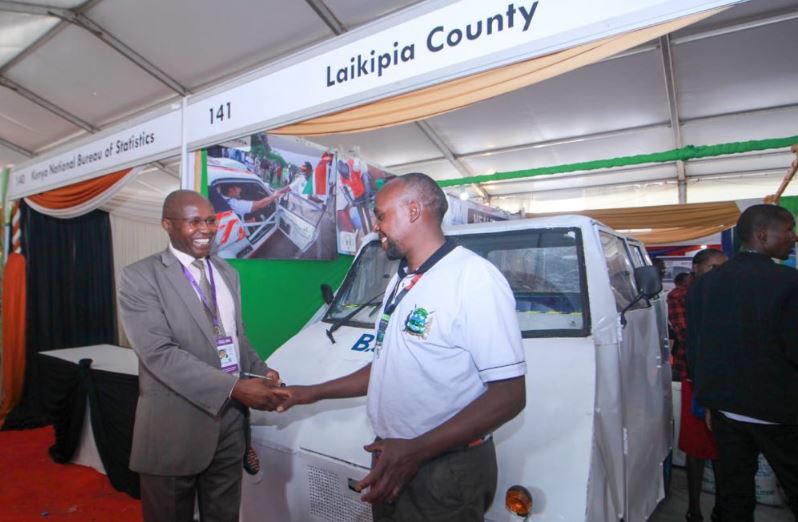 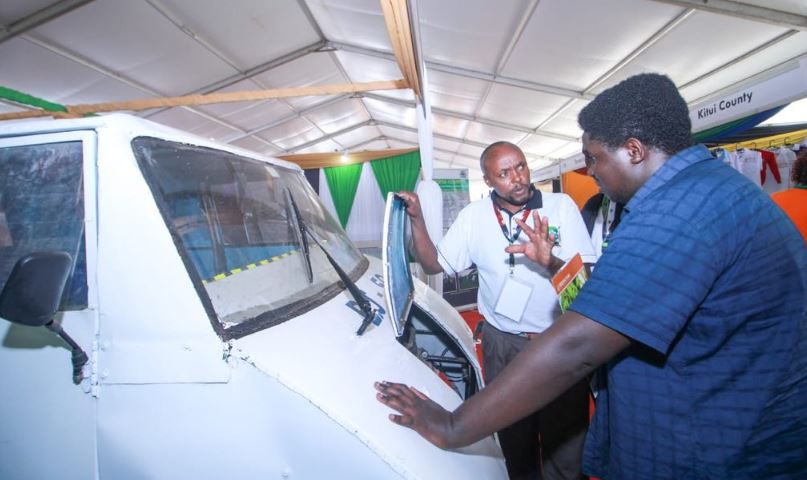 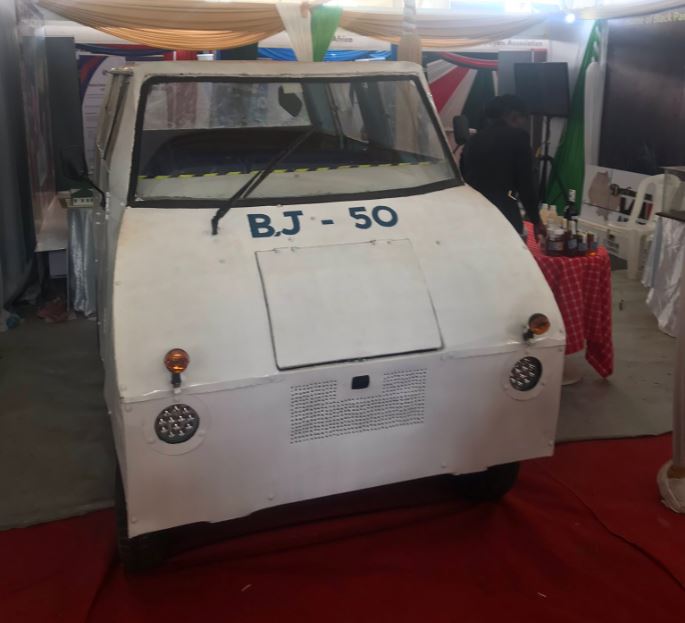 I’m all for “start somewhere “ but this is just straight laziness!

This is fucking hilarious . I though it was a toy car at first glance. ??? and the price. I won’t take it if it’s free

Thanks. I will trek

They aren’t made in Kenya but in Laikipia County, Kenya. They are making us all look bad.

@UKenyatta: The third pillar in my #Big4Agenda is Manufacturing. We will raise manufacturing sector contribution to GDP from 8.5% to 15%.
Laikipia: Hold my beer… pic.twitter.com/tBUBGtd3Nh

The power of self belief…. Laikipia OnTheMove. pic.twitter.com/0nZTq8XvIT

The Trending Pics This Friday < Previous
“Only in Kenya,” DP Ruto Mocks Raila’s Pope Claim [VIDEO] Next >
Recommended stories you may like: