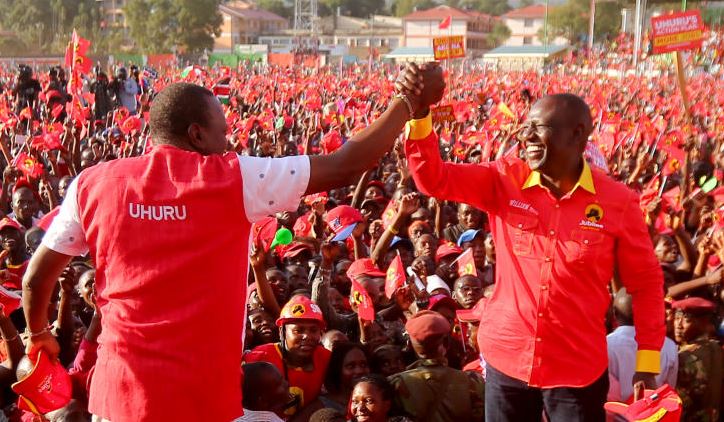 The five state-of-the-art stadiums which President Uhuru Kenyatta and his deputy William Ruto promised in 2013 will remain a pipe dream, the government has indicated.

According to Sports Principal Secretary Kirimi Kaberia, the govt will not be able to construct all the stadiums. He, however, assures that the government is working round the clock to construct one state-of-the-art stadium before the end of President Uhuru’s tenure in 2022.

Kaberia also noted that plans are underway to upgrade four regional stadiums across the country. Once complete, these yet to be named stadiums will be fit to host international football matches and athletics events.

“I can assure you we will build one stadium by 2022. We will not be able to construct more than one stadium because of several factors, you know sports is a devolved entity. But then, Nyayo and Kipchoge Keino stadiums are undergoing rehabilitation and will be ready by the end of this year (2019),” Kaberia said.

Five state-of-the-art stadia were some of the mouthwatering campaign pledges by Uhuru and Ruto. They were to be constructed in Kisumu, Garissa, Nakuru, Mombasa, and Eldoret.

However, seven years later, not even a groundbreaking ceremony has been done for a single one. 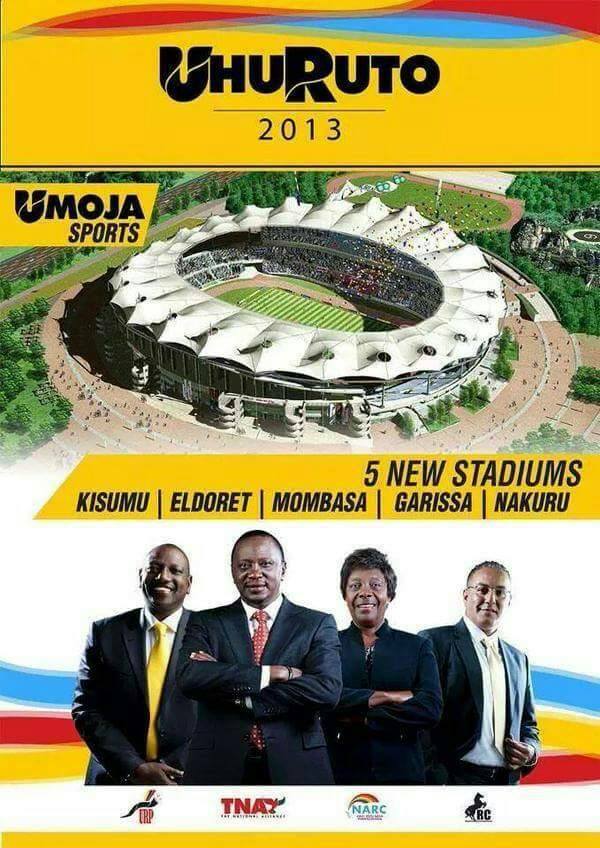 Nairobbery: Chinese Nationals in Court For Robbing Kenyan Sh5 Million, Pajero < Previous
All The Trending Images This Friday Next >
Recommended stories you may like: