Everything to Know About DJ Roudge 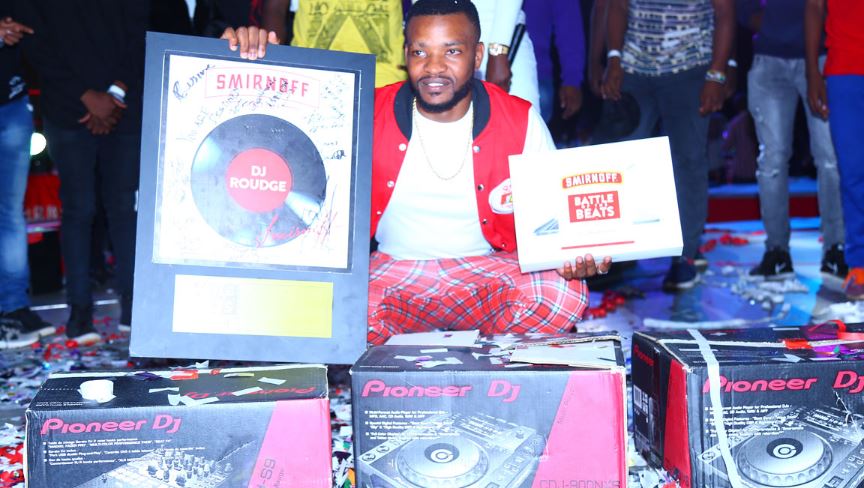 DJ Roudge was recently crowned the winner of the Smirnoff deejaying competition, Battle of The Beats. The competition drew a total of 19 contestants from across the country.

Following his big win, DJ Roudge talked to Buzz about his journey.

A versatile and upcoming superstar from Kisii Town, looking forward to take over the industry in 2019.

How did you come up with the name Roudge?

(Laughs). It’s a combination of my shortened name Rodgers, and rouge, meaning “red” in French. My logo and my dressing are red as well.

How did you get into turning tables?

I was at a point of frustration in life. I completed my Masters in Purchasing and Supplies, worked for the county government and a retail bank as a teller, but whatever I earned didn’t seem to make ends meet. I had to think of something else to do. I’ve always had a passion in music and turn tables, so I decided to take it up and see where I would go. That was in 2014.

Tell us how you learnt about the competition?

I had been going back and forth between Nairobi and Kisii doing gigs, for almost two and a half years. It was one early Friday morning, after finishing a gig here in Nairobi, as I was staying at a friend’s place when I received a call from a friend who lives in Kisumu. He told me to get on a bus to Kisumu because he was a judge for a competition which had Sh100,000 at stake. I decided to try it out. Over the years, I had tried a number of competitions and auditions but won none.

How was the competition?

It was quite fine. All 20 of us had different skills and personalities, and we all grew into a family that I had always wished for. As much as it was a competition, these were people I had needed in my life.

Everyone wanted to come out a winner, of course. We all bonded well. Despite it being a competition, I also took it as a platform to know and interact with my new found family.

What did the competition involve?

DJ Stylez was our principal. We were assigned tasks on a weekly basis, which we would showcase on the weekends in different towns. We went to Kisii, Mombasa, and Nakuru among other towns. This went on for 12 consecutive weeks. The tasks varied depending on that week’s mentor. For example, DJ Adrian is into vinyl and turn tables, so his task after mentoring us involved use of the two.

What challenges did you face in the 12 weeks?

Facing the judges had to be my biggest one. (Laughs). They were pretty hard on us.

Impressing DJ Stylez was also tough because he doesn’t just open up to anyone. I had to find a way to do it.

Exact feelings after being crowned winner?

It never really sank. I was shocked. At the academy, I simply wanted to be in third place. Nothing more. Reality hit me after we performed for Sauti Sol and Ali Kiba.

What did the win mean to you?

It meant a lot because of the time and effort I have put into doing turn tables over the years. I took a big risk venturing into music by quitting my job. It’s my prayer that the deejays out there will accept me with open arms. I know it will not be easy and that I’ll have to position myself well.

Who are your biggest influences?

Internationally, I look up to Chris Villa because of his skill and creativity. In terms of packaging, I look up to A-Track because he has really made it as a deejay and producer worldwide. Locally, I have, and always will, look up to Joe Mfalme because of how he has found a way to turn the passion into a business. He has built a successful brand that I believe is still relevant nine years later. I also look at DJ Stylez’s skill and perfection. A number of my teachers, who introduced me to turn tables have also been an influence: Jeff, Caleb and Q.

My mother. She has always supported me in everything. She’s my hero and a pillar in my life. I want to see her somewhere on a beach in Dubai having the time of her life.

Basically, to take over. It’s my time now.

GOOD NEWS as ERC Reduces Fuel Prices Further < Previous
Songbird Dela Maranga is Madly in Love with a ‘Good Bad Boy’ – PHOTOS Next >
Recommended stories you may like: