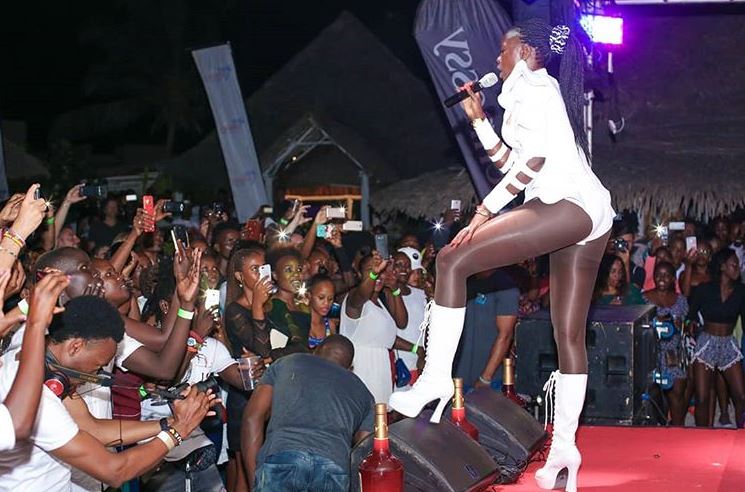 The self-proclaimed President of single mothers in Kenya – Akothee – is disturbing the peace for the umpteenth time.

This time, the wealthy and often controversial singer has managed to rile up Kenya’s ‘morality cop’ KFCB boss Ezekiel Mutua. This she did through her latest set of suggestive dance moves during her performance at Papa Remo beach in Watamu over the weekend.

In addition to her salacious dance moves, Akothee has also been getting a lot of stick for her skimpy outfit during the explosive show. 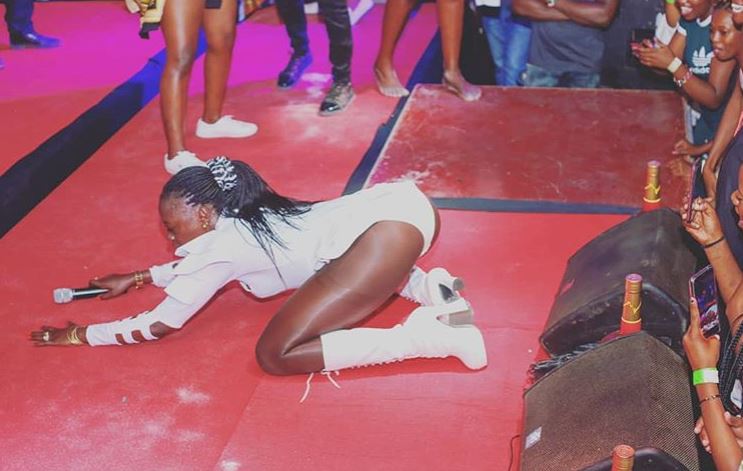 Responding to pictures of Akothee, Ezekiel Mutua faulted the musician for her “filthy and stupid stunts”.

According to Mr good Ol Mutua, music doesn’t have to be dirty to sell and Akothee cannot be a role model for young girls. 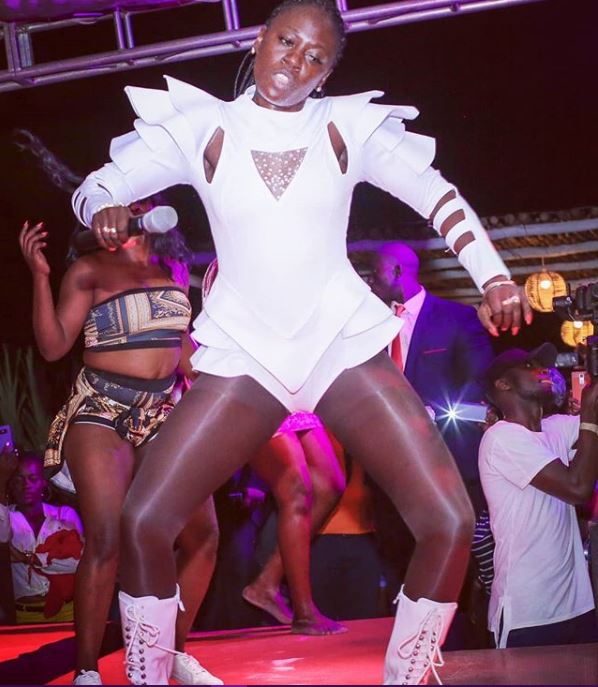 In a post on his Facebook page, Mutua said the Kenya entertainment industry will never grow with stunts such as Akothee’s.

“Kenya has got talent but as long as we keep celebrating this kind of madness, our entertainment industry will never grow. Akothee is talented but the filthy and stupids stunts she has to pull to remain relevant should concern all of us. What’s worse is to see grown-up men and women celebrating this scatological obscenity in the name of entertainment. We have lost it as a nation. People like Akothee cannot be the role models for our daughters. Music doesn’t have to be dirty to sell. How I wish artists like Akothee would know how much influence they have on our youths and try to use that influence to produce content that is edifying. This kind is crass, moronic and a theatre of the absurd. It’s demonic to the core and only appeals to debilitating and incorrigible perverts and brainless audiences. Akothee must stop this idiosyncrasy. There’s no dignity in for her or her audience,” read Dr. Mutua’s post. 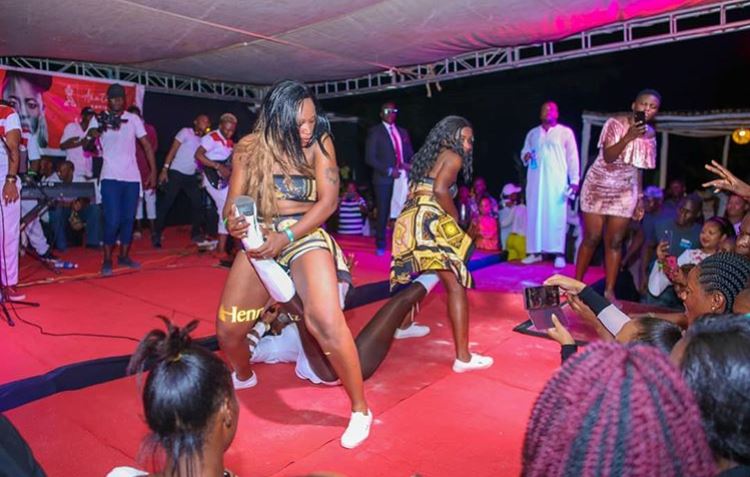 On social media, internet users are still bashing Akothee, with Kenyans on Twitter in particualr, making her a trending topic.

We have sampled some comments below.

I dare say, Akothee is a disgrace to womanhood and motherhood!
Nothing about that lady is inspiring and no young woman ought to grow in such hands!
The people I feel sorry for are her daughters!

You’ll watch a video of American female artistes shaking their ass and claim they’re talented. But when a Kenyan(Akothee) does it you start quoting bible verses and bringing stupid moral issues.

The next gubernatorial aspirant (Akothee) for Migori county. The courage hoes have in this country though…… This is a 49 year old grandmother with 6 kids and 8 abortions yet doesn’t even have respect for herself. May the rest of Africa pray for my motherland. pic.twitter.com/WtmtVMnMi9

Its not about the tiny outfits that Akothee wears…
you can go to school but you just cant buy class pic.twitter.com/9WzphgvD4i

What is this Akothee? Kindly Somalis in Eastleigh take with you Akothee when you go back to Somalia pic.twitter.com/lKpkhxGha8

I feel for Akothee’s Dad and Mom. They might have just been present watching their daughters madness because they don’t have otherwise.
When someone provides for you,you can never have voice to resist. pic.twitter.com/D0kmKA8HUk

Akothee, please avoid putting the bible under your armpits, you might suffocate the children of Israel. ??

Kenyans are busy attacking Akothee & forgotten that Somalis are making us look like fools claiming that Eastleigh is the hub of business in Nairobi.Personally how has Akothee mislead our daughters ?The same daughters doing abortions & threesomes .Lets be Let Her do her thing
RT pic.twitter.com/UZNQH3F2ld

Mbona akothee husumbua watu akili hivi? Hawatumii videos and pics to your personal numbers ati lazma mzione. She has worked for her money and she can be as loud as she is. Idk why people are here like “she is too much”. FOR WHO???

Akothee does not have a PROBLEM. The real problem is that Kenyans celebrate MEDIOCRITY. If we stop celebrating mediocrity, artists will naturally EVOLVE. Look, this is a country where speaking like KIBAKI is considered an exceptional talent in COMEDY, thats how MEDIOCRE we are.

“I’m the Highest Paid Actress in Kenya,” Kate Kamau < Previous
The Top Stories on the Internet Today (Tuesday February 19) Next >
Recommended stories you may like: