Watch: Singer Pitson Tricks his Congregation into Walking on Water 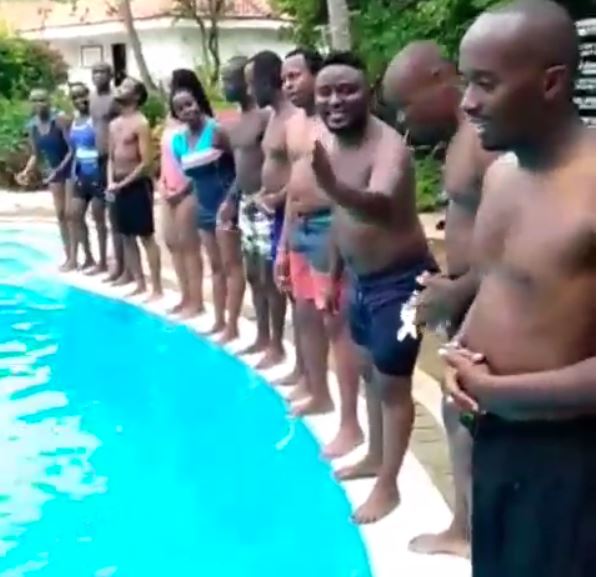 We knew Kenyan Gospel singer Peterson Githinji, popularly known as Pitson, was funny but his latest stunt is enough to rival comedy kings like Eric Omondi and co.

The Award-winning singer/songwriter is the cause of widespread laughter on social media courtesy of his viral video in which he attempts to perform the miracle of walking on water.

In the short clip which has been viewed thousands of times and shared countless times more, Pitson is seen playing the role of a pastor on the edge of a swimming pool. He is surrounded by his purported congregants as he convinces them that 2019 is the year they walk on water after a failed attempt in the previous year.

“Last year, we were here. We tried walking on water but it did not work. But that was last year and this is another year,” Pitson preaches.

What Governors Mutua, Ngilu, and Kivutha are Up to in Ukambani- PHOTOS < Previous
Raila: Judiciary not Helping in War on Corruption Next >
Recommended stories you may like: