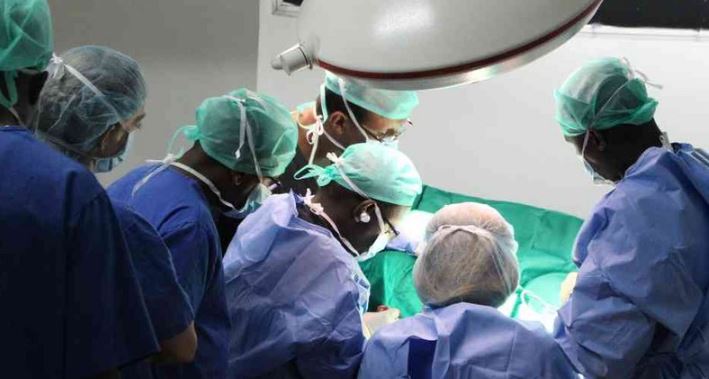 Surgeons at the Kenyatta National Hospital have successfully reattached the severed penis of a 16-year-old following a seven-hour operation.

Speaking during a press conference at the institution on Wednesday, Mr Khainga the boy was referred to the hospital after he was violently mutilated.

The Form Three boy, only known as A.M. for reasons of protecting his privacy, was attacked by unknown assailants on the night of December 18, 2018, at around 1 a.m.

“We received the case as a referral from one of the county hospitals at around 9 a.m. on December 19, 2018. His penis had been amputated at the base using a kitchen knife,” said Prof Khainga.

The lead doctor said the chopped organ had been stored in a hospital where the boy was first rushed.

The boy arrived at KNH looking weak, confused and slightly pale but stable, the doctor said.

“After initial examination and resuscitation, we immediately prepared him for theatre where we began the process of re-implantation of the penis,” said Prof Khainga.

The doctor said the boy has regained full use of the organ and will now be able to urinate and engage in sexual gratification again.

“He has done well and is reporting erections with adequate length. His wounds have also healed,” he said.

The patient is due for discharge in two weeks.

This is the first time an operation of this kind has successfully been carried out in Kenya. It adds to the growing list of surgical milestones the doctors at the national facility have achieved over the last five years.

Waititu Addresses Sonko’s Weed-Smoking Allegations < Previous
The Top Stories on the Internet Today (Friday February 1) Next >
Recommended stories you may like: