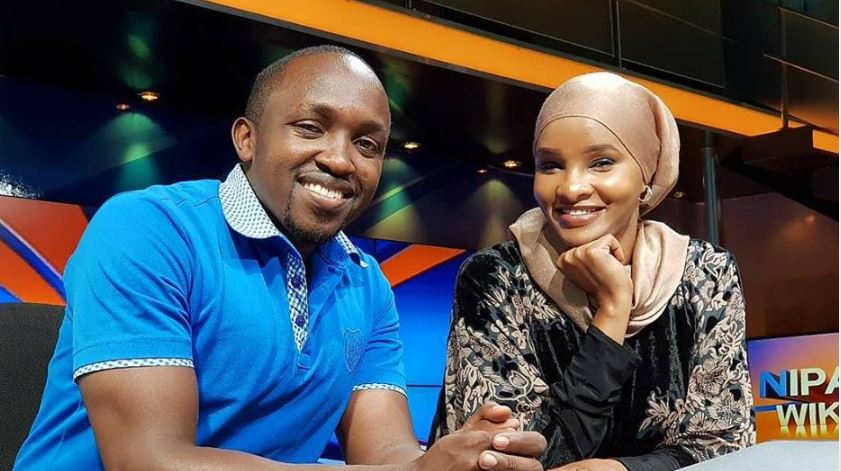 Citizen Television journalist Hassan Mugambi has explained the circumstances that led him to slap his colleagues on Wednesday for blocking his shot during a live media briefing.

The Senior reporter was delivering a live report when a group of journalists and non-journalists milled around Interior Cabinet Secretary Fred Matiang’i, blocking Mugambi’s shot.

In a video that has since made him famous on social media, Mugambi is seen smacking some members of the crowd on their backs.

According to Mugambi, he was infuriated after the crowd breached an earlier agreement not to block the frontal space of the venue where CS Matiang’i made his address.

“I was live on Citizen TV when the selfish and quite inconsiderate group decided to form a human ring around the CS’s venue for press conference. Our cameraperson couldn’t get a decent shot of the CS, who was about to address the journalists,” said Mugambi.

“Until that incident, we had agreed that no one would block the frontal space of the venue, where the CS made his address. However, the group quickly forgot our agreement, and decided to defy it, with some occupying that space while carrying their smartphones. I was, consequently, angry because our news director was shouting in my ear piece asking for a clear shot. I found myself being aggressive toward the group,” added Hassan Mugambi.

In case you missed the incident, check it out below.