“Raila Is Not Your Equal.” Junet Mohammed to DP Ruto 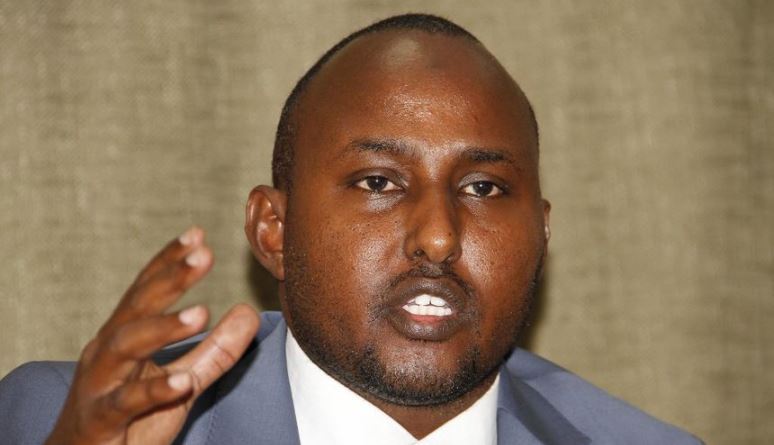 Minority Whip Junet Mohammed has jumped to the defence of his ODM party leader Raila Odinga after DP Ruto accused the former Prime Minister of using the handshake to destabilise Jubilee and chase him out of the party.

According to the outspoken Junet Mohammed, Ruto is angry and wants to leave Jubilee then blame his departure on Raila Odinga.

Junet noted that DP Ruto has a history of switching parties and he should not try to use Raila as a scapegoat.

“We are not chasing him from anywhere. He is running away from his shadow,” said Junet yesterday, adding that Ruto voluntarily left URP, UDM, KANU and ODM.

“So for him to leave Jubilee is not a big deal for us.”

The Suna East MP also cautioned Ruto against criticising the March 9 handshake since he was not a party to it. He said Ruto should know that the handshake is not about individuals but about the unity and peace of the whole country.

“Any other person is just an accompaniment to that deal just like the way we are. So let him not call Raila any other name like a conman, mganga, kitendawili….Raila is not his equal,” Junet added.

He accused Ruto of being behind the chaos that rocked Parliament on September 20 during debate on the Finance Bill, 2018.

“We are not going to allow him to intimidate anyone,” Junet added.

He spoke at Wilson Airport on Monday before leaving for the Migori Senate by-election that will be held on October 8.

Junet was accompanied by Mombasa governor Hassan Joho, who said Ruto’s intention is to destroy the peace the country is enjoying after the handshake by using divisive politics.

Mega Jackpot Winner Cosmas Korir to Share Sh208 Million With Friends Who Helped Him < Previous
Hilarious Meme Compilation (Tuesday October 2) Next >
Recommended stories you may like: