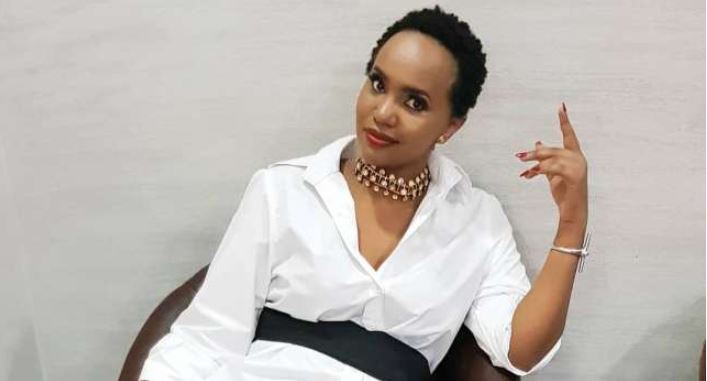 Ill-famed blogger Cyprian Nyakundi has ruffled some more feathers on the internet streets.

This time around, Nyakundi has blasted a salvo of his misogynist and sexist artillery towards television personality Pierra Makena. Taking to social media Wednesday, the notorious cyberbully Nyakundi went for Pierra’s jugular with claims that her ‘body count’ must be colossal.

Basing his calculations on Kamene Goro’s recent revelation that 27 men have dipped into her cookie jar, Nyakundi alleged that Pierra must have slept with ten times more.

The ever controversial blogger even warned the likes of Makena not to take children sired by sponsors to other men to raise.

In doing so, Nyakundi also managed to fire shots at other female media personalities such as Victoria Rubadiri, Sheila Mwanyigha, This Is Ess, and Adelle Onyango.

It, however, did not take long before the no-nonsense Pierra clapped back at Nyakundi hinting that 27 is an understatement and that she had added another ‘count’ the night before.

“Awww, thanks hun for downplaying me. It means a lot. I promise none of the sponsors will take care of my babies and neither will I bring any to you to raise. I banked a lot while at it and oh add one more to the list. I made a killing last night and I am just waking up right now,” Pierra hit back. 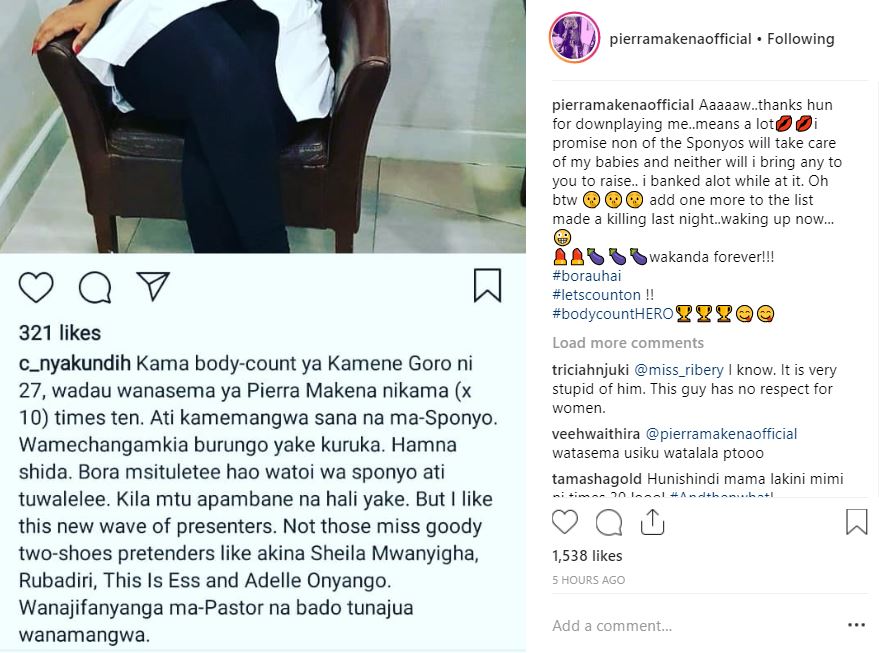 PHOTOS – Take a Look Inside Terryanne Chebet’s House < Previous
‘Avoid Sponsors’, Women Reps Urge Girls After Murder of Sharon Otieno Next >
Recommended stories you may like: