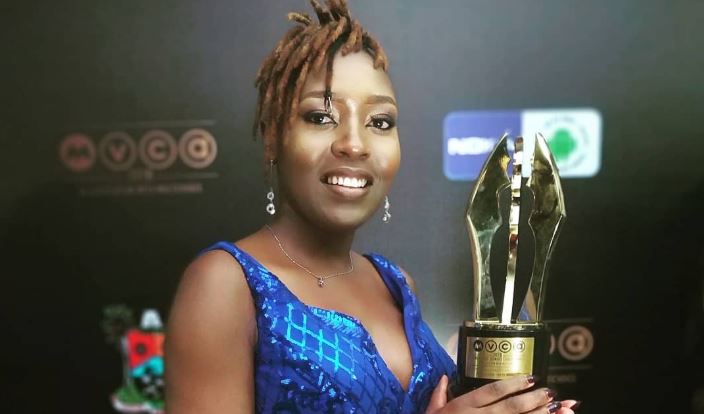 The popular ‘Auntie Boss’ actress is still buoyant following her win as the 2018 AMVCA Best Actress in a Comedy(Movie/Series).

Nyce Wanjeri, known for her rib-cracking role as a naive housegirl named Shiro in the hit sitcom, beat big names in Nollywood including Rita Dominic and Adesua Etomi, in the 6th edition of the Africa Magic Viewers’ Choice Awards that went down at the Eko Hotel and Suites in Lagos, Nigeria.

Speaking about her experience in Nigeria, Nyce recalled how the Nigerian media didn’t seem interested in her on the red carpet before the ceremony started. But after scooping the prestigious award, they were all scampering to take her pictures.

“It was amazing how on the red carpet, before the ceremony started, no one was concerned about or interested in me. Were it not for my manager, the interviews he aggressively pushed for me to get wouldn’t have happened. Contrast that to the moment after I won. They were all looking for me to take photos! Mwimbaji aliimba akasema, waliokudharau watakusalimia kwa heshima! It was God manifesting Himself through and through,” said Nyce. 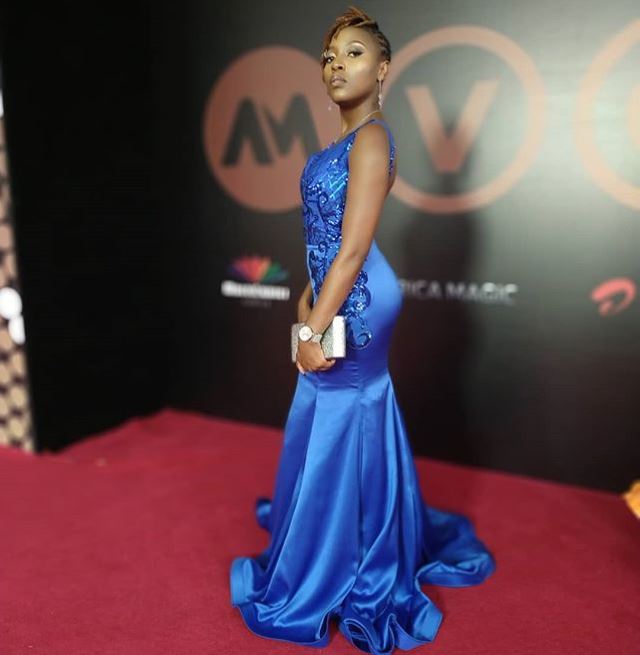 Asked how she felt after the win, Nyce revealed that she slept with her award as it was one of the best moments of her life.

“Joy, confusion and disbelief mixed up. I cried all night by the way, made sure I slept with the trophy so that just in case it was a dream, if I woke up, it’ll still be there to remind me it is real. I mean, they just called out my name instead of Rita Dominic or Dakore! One of the best moments of my life!” she said.

Nyce further credited and dedicated the award to her late mum who passed away about two years ago.

“My mum was my number one cheerleader. No day do I remember her discouraging me from being an actor, unlike the stories I’ve heard from most Kenyan parents. Every decision I made she was there to support and advise, and most of all her prayers. She was a prayer warrior and it is thanks to those blessings from her that I am where I am right now. That woman, her prayers were what kept me going in all my work.

“If she was around, I’m sure she’d have lost her voice from shouting and crying in celebration of my win. She’d have assembled the entire church community (yes, she was one of those mums) to give thanks in prayer and worship because her prophecy over my life and success would have come true,” Nyce said.

She sent a message to her late mom, saying: “Thank you mum for bringing me up in the right way. If I will ever go astray, I can never blame you. If I would be even half of the woman you were, I would have achieved a lot. Continue resting with the angels, mum.”

The Kansoul Dedicate New Kwaito-Inspired Hit to Handsome Women – VIDEO < Previous
Naiboi: Victoria Kimani and Avril Snubbed me Next >
Recommended stories you may like: